We are calling for the government to enact hate crime legislation immediately, to offer the best protection to people from affected groups in Ireland. We want to help break the silence on hate crime, encourage people to report racist and other prejudicial violations and to find effective ways to address them.

Unite to legislate against hate crime

The YES Equality campaign was an amazing show of public support for equality in Ireland. We want our government to take the next step, and protect those among us who are perceived to be different because of our skin colour, religion, ethnicity, sexual orientation, gender identity, age, different physical or mental abilities, neurodiversity and so on.

Introducing hate crime legislation would place us among the majority of countries in the Organization for Security and Co-operation in Europe (OSCE), the European and common law countries. It would help Ireland meet its United Nations, European Union and other international obligations.

The petition was endorsed by over 90 organisations and has over 15,000 signatures, and calls for Hate Crime Legislation and effective measures to protect affected groups from the harms caused by violence and other crimes directed at their identities. 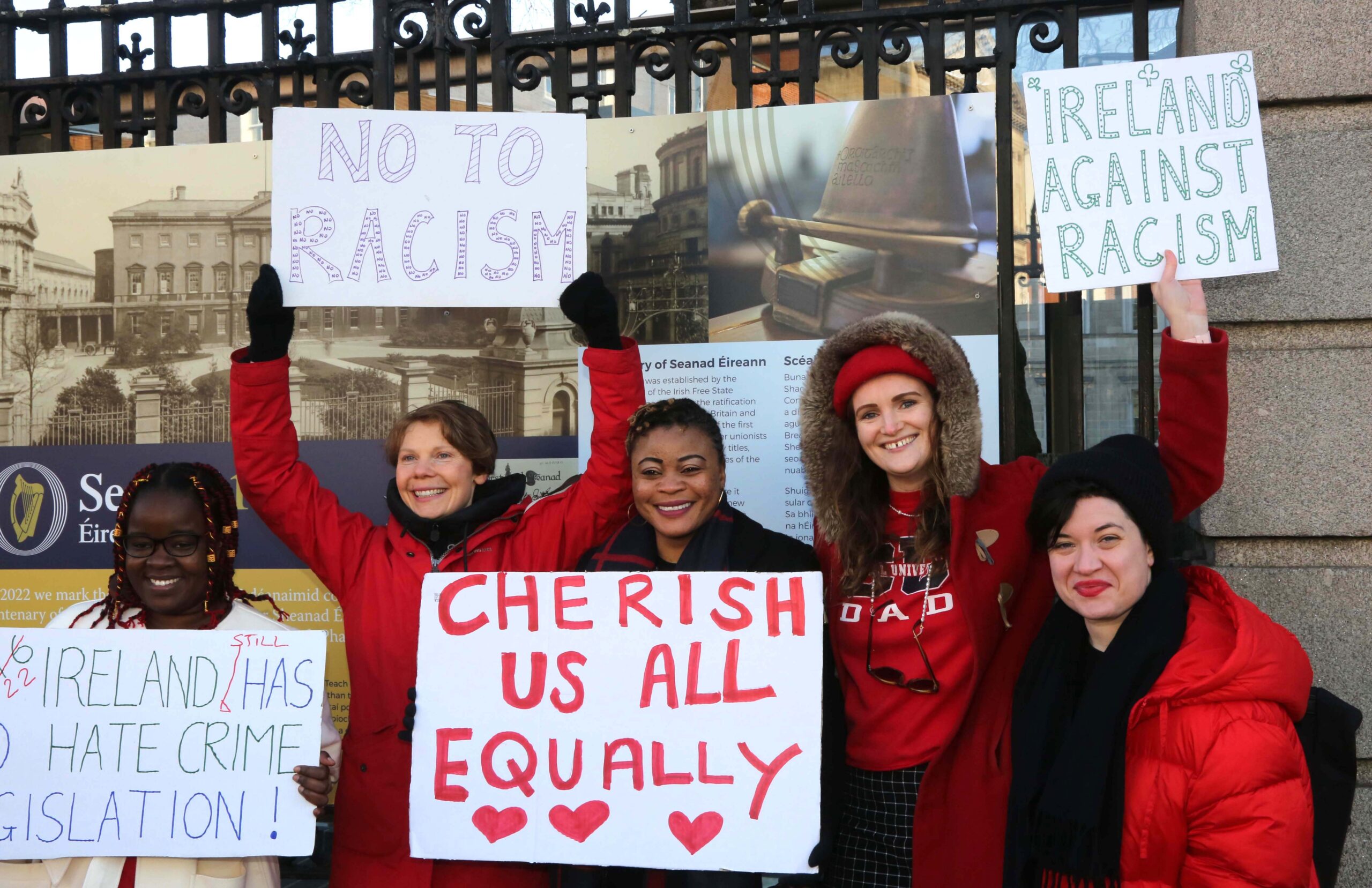 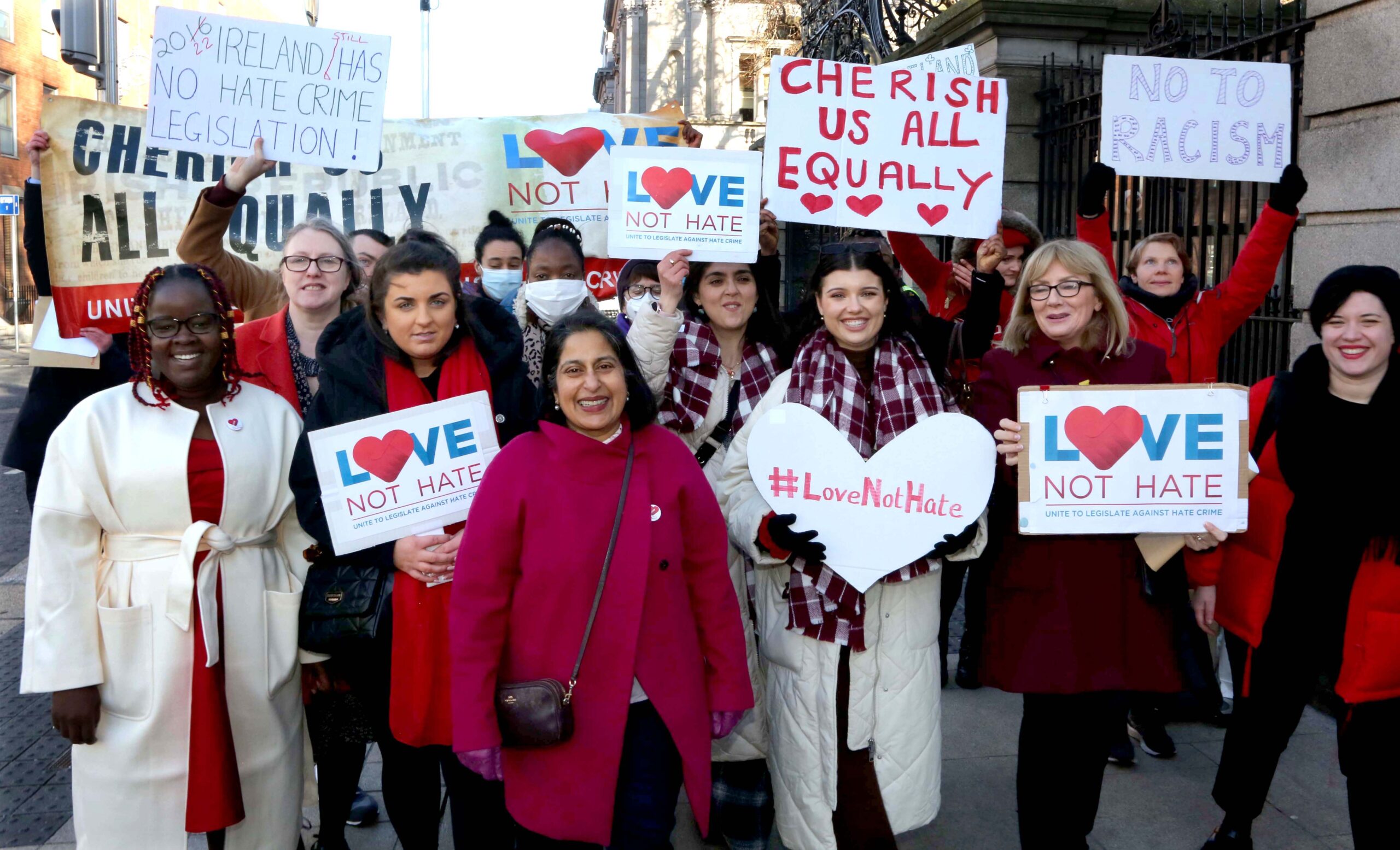 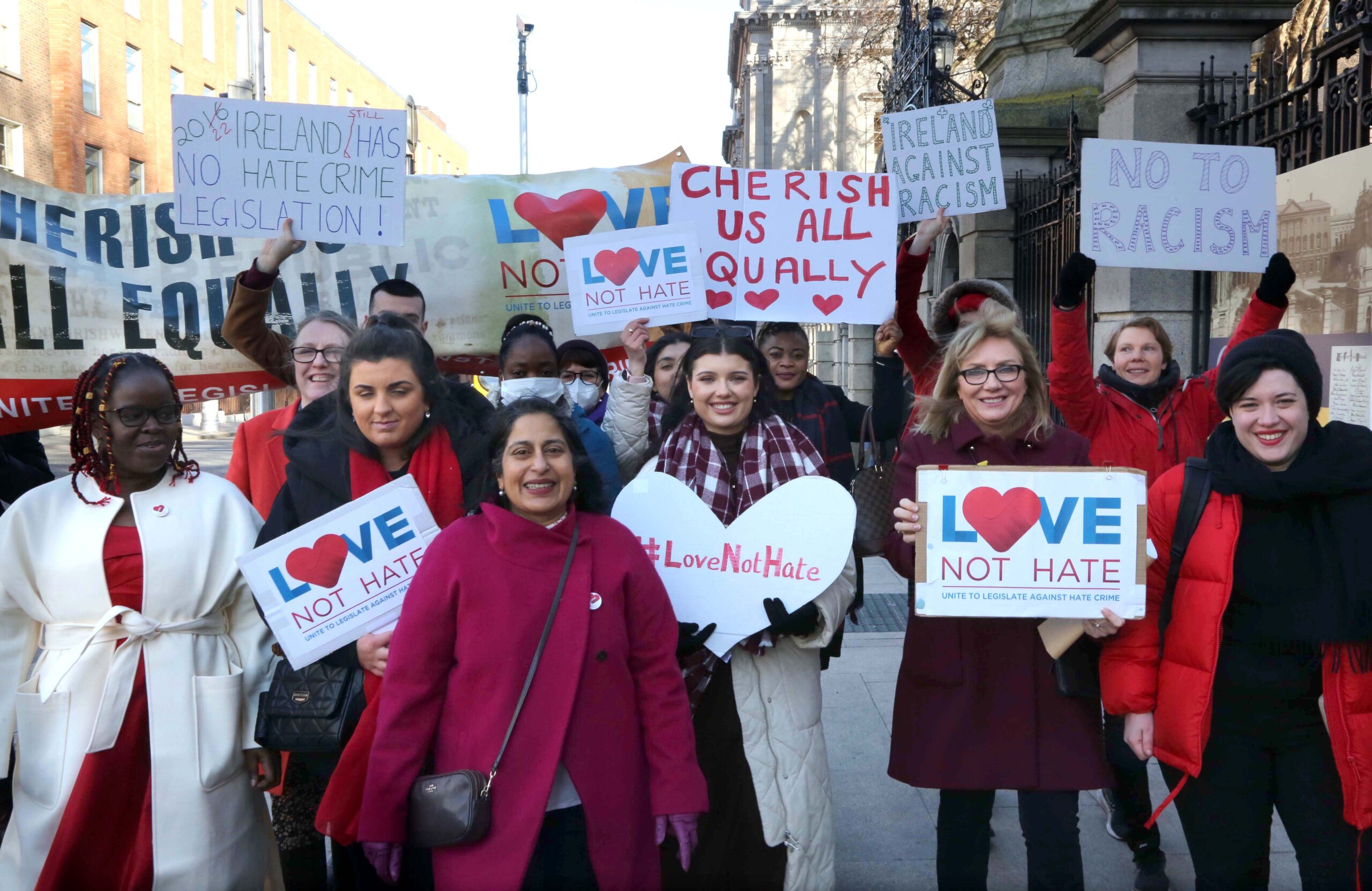 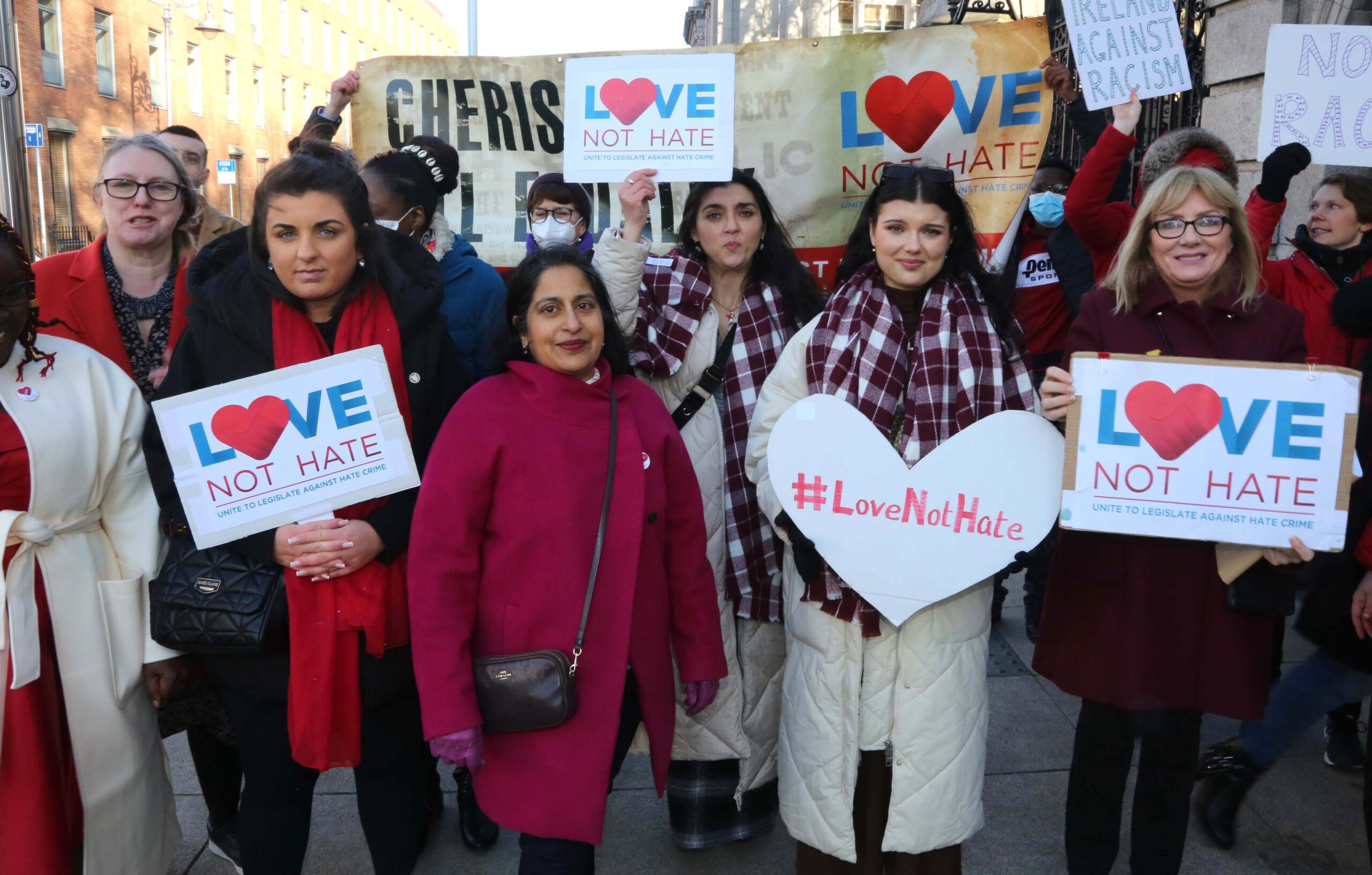 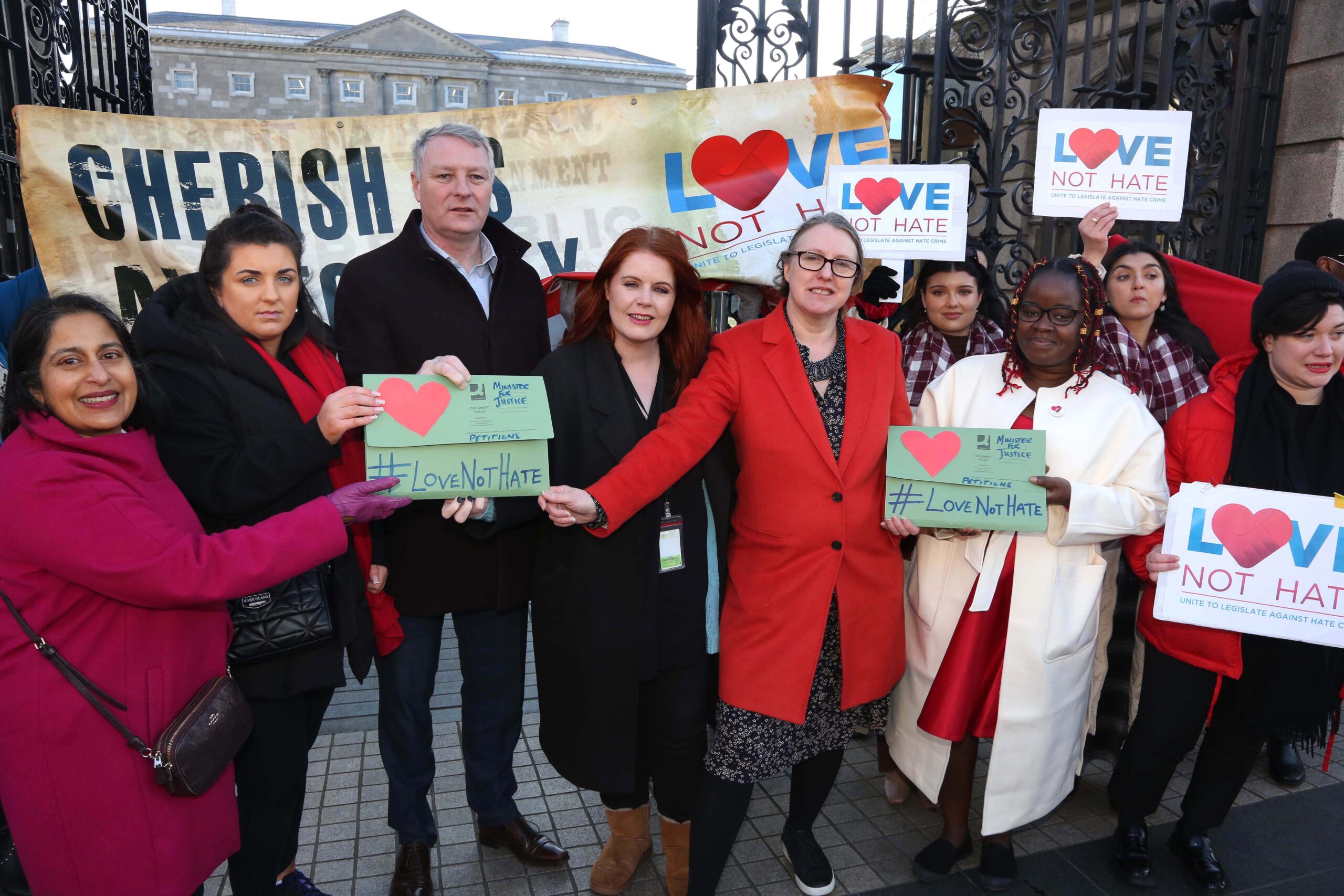 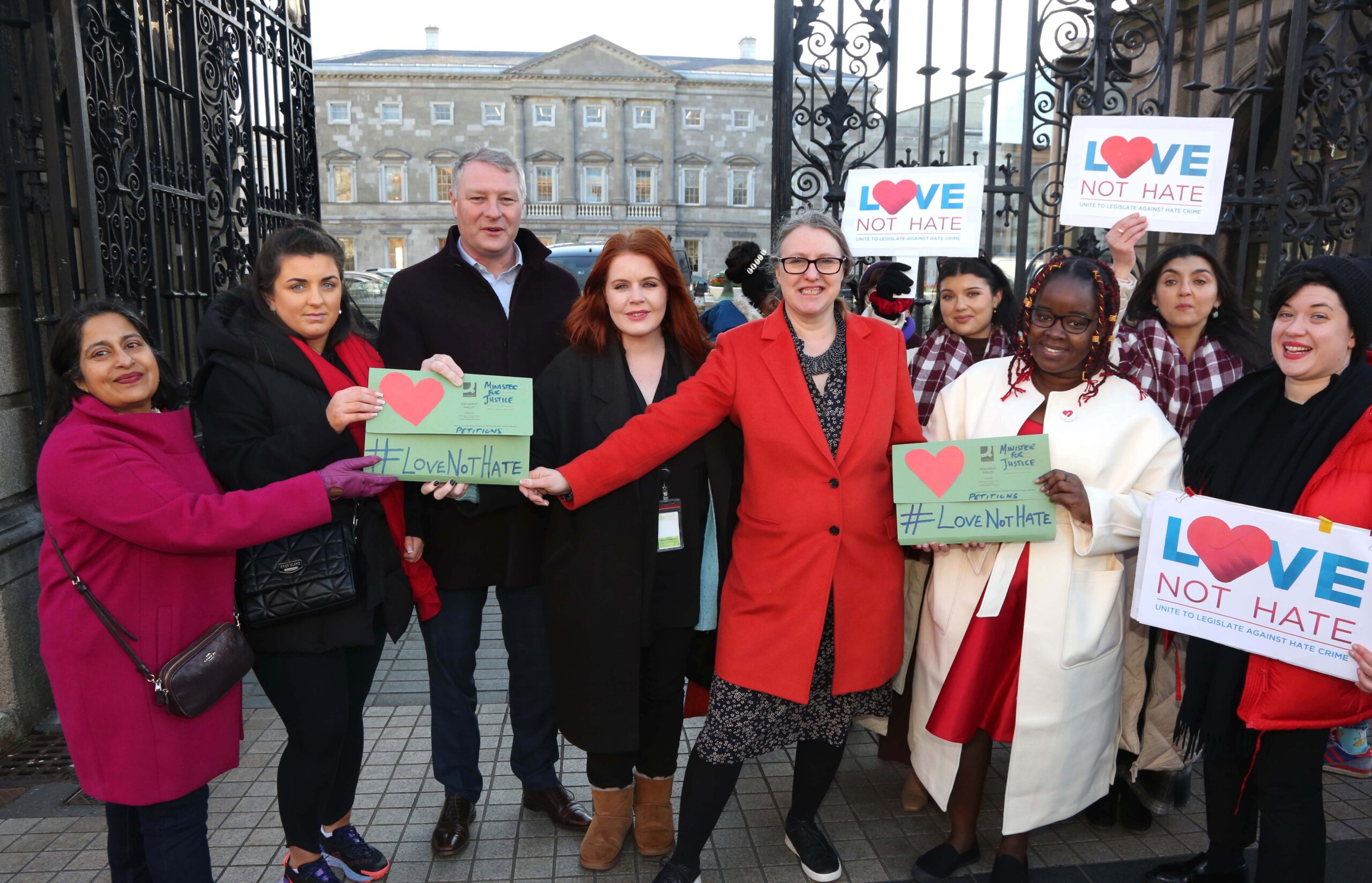 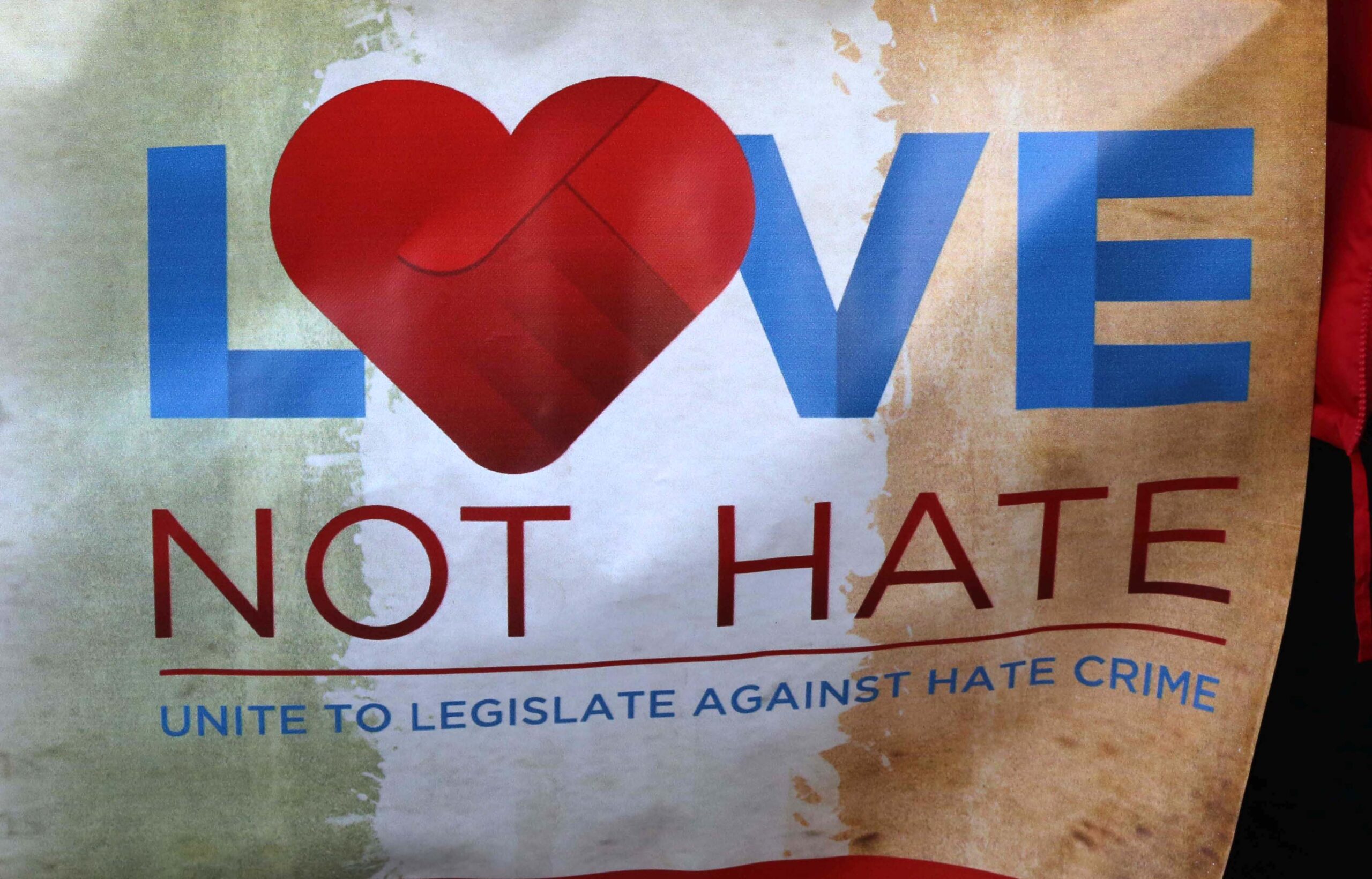 Why do we need hate crime legislation?

We need to send a clear message that hate crime against anyone’s identity has no place in our communities and that our society should be inclusive of all.

We must break the silence on hate crime, give the state the tools to deal with it, encourage people to report it, and find effective ways to address all forms of racism and prejudice. This legislation can help to achieve that.

Find out why we need hate crime legislation 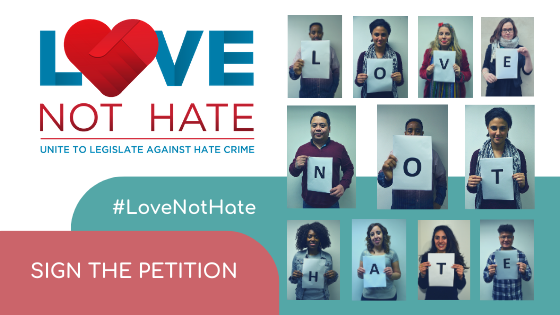 Where you work, live or study

If you would like to organise a local #LoveNotHate campaign event you can order brochures and badges from our office by emailing comms@inar.ie 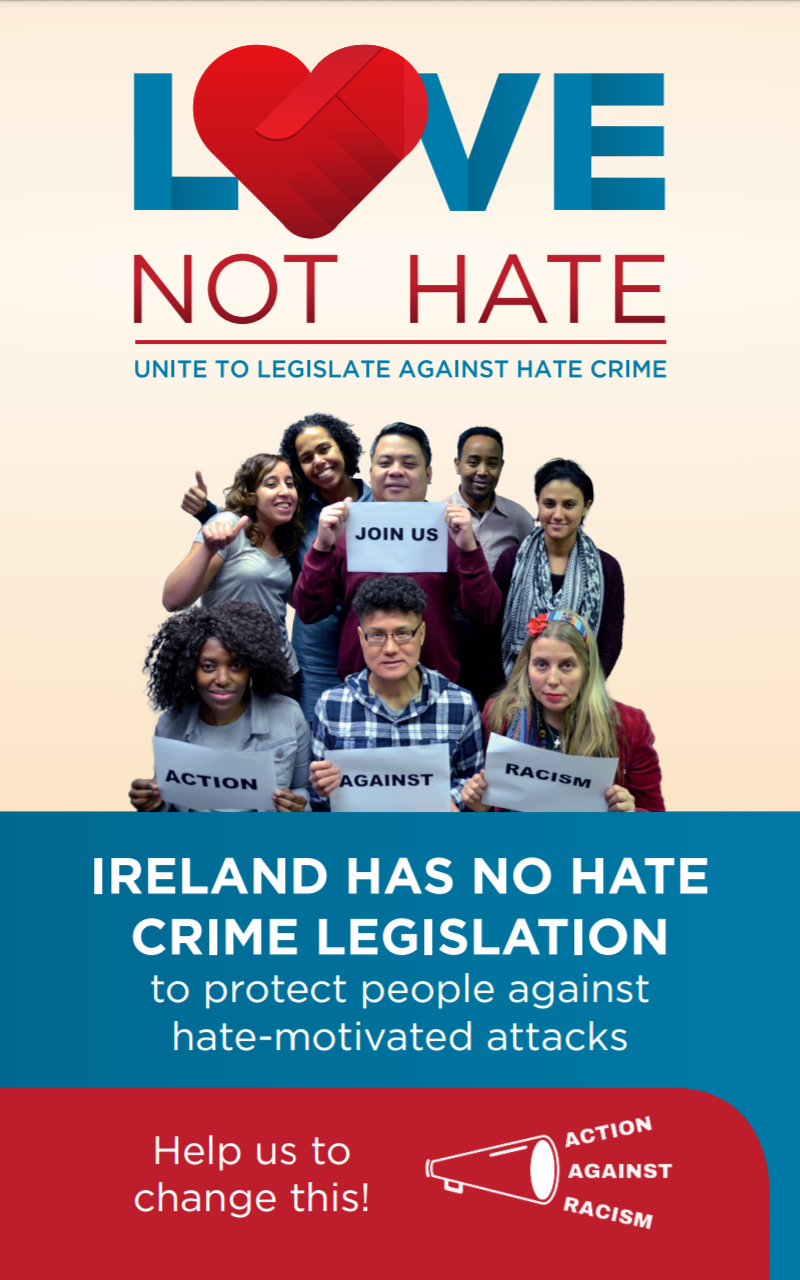 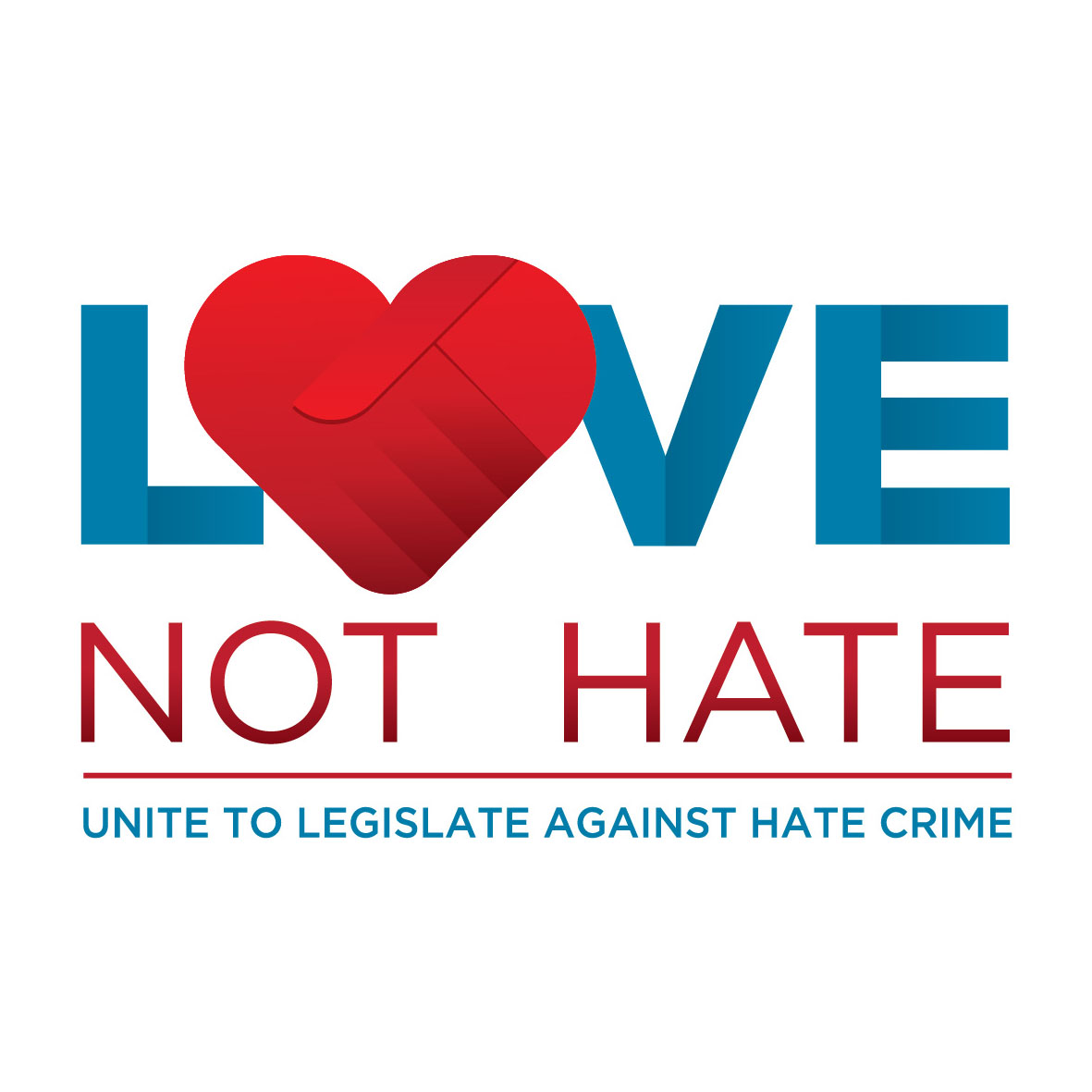 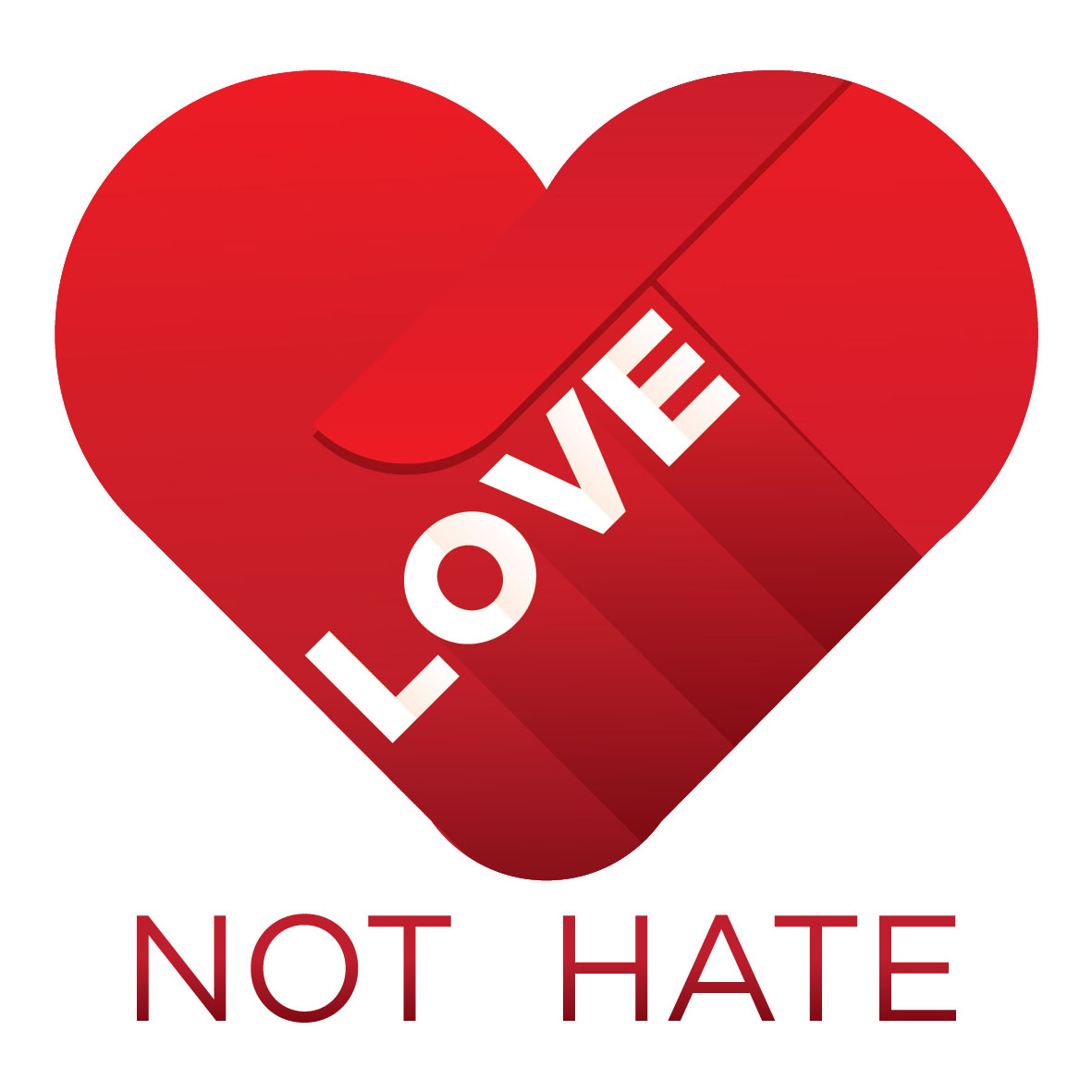 Find out more about the campaign

Love Not Hate campaign for hate crime legislation has been started by INAR in 2015 and was initially led by Action Against Racism, a group of people from diverse Minority Ethnic backgrounds who are committed to justice, equality and an Ireland where there is no place for racism and hate. They were working with INAR and its allies to fight racism, and to campaign for the introduction of hate crime legislation, within the broader context of a renewed National Action Plan Against Racism.