INAR calls for a renewed National Action Plan Against Racism (NAPAR) and for the Government to show political leadership in the fight against racism in Ireland.

Call for a National Action Plan Against Racism

The Government’s failure to show political leadership in the fight against racism in Ireland is a major cause of concern for INAR. In this respect, INAR  calls for a renewed National Action Plan Against Racism (NAPAR) which is compliant with the Durban Declaration and Programme of Action (DDPA) adopted at the 2001 UN World Conference against Racism and Discrimination in Durban, South Africa and ratified by Ireland.

About the Durban Declaration and Programme of Action (DDPA)

The DDPA calls for comprehensive national action plans to eradicate racism, racial discrimination, xenophobia and related intolerance. It calls for the reinforcement of national institutions and it formulates concrete recommendations in the areas of national legislation and the administration of justice.  The DDPA emphasizes the importance of preventive and concerted action, especially in the field of education and awareness-raising, and calls for the strengthening of human rights education.

Between 2003 and 2008,  Ireland had a National Action Plan Against Racism (NAPAR) which, while it was not fully DDPA-compliant at least provided a framework for tackling racism at a national level, and signalled an understanding that the State should give leadership in the fight against racism across public institutions and all areas of life. However, with the financial crisis, the last NAPAR was allowed to expire in 2008, and with it came the closure of one of its key pillars; the National Consultative Committee on Racism and Integration (NCCRI) which shut in 2009.

Today, there  is an urgent need for a renewed National Action Plan Against Racism (NAPAR) to be developed with civil society stakeholders. The recent government document “Migrant Integration Strategy” published in February 2017 fails to meet the standards of a UN Durban Declaration-compliant NAPAR. The Strategy’s  framing of anti-racism measures entirely within the focus of ‘migrant integration’ ignores the maturity of Ireland as a diverse society and the presence of indigenous ethnic minorities, namely Irish Travellers and other Irish-born ethnic minorities.

Duties of the former NCCRI included:

Submission to the Oireachtas on 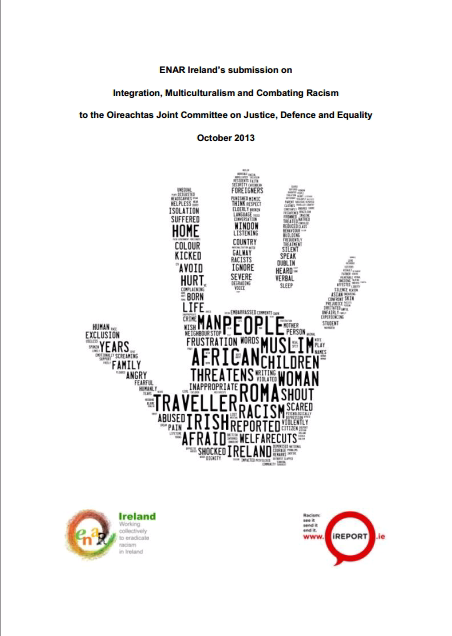 Interim Report to the Minister for Children, Equality, Disability, Integration and Youth

Declaration of the World Conference against Racism, Racial Discrimination, Xenophobia and Related Intolerance