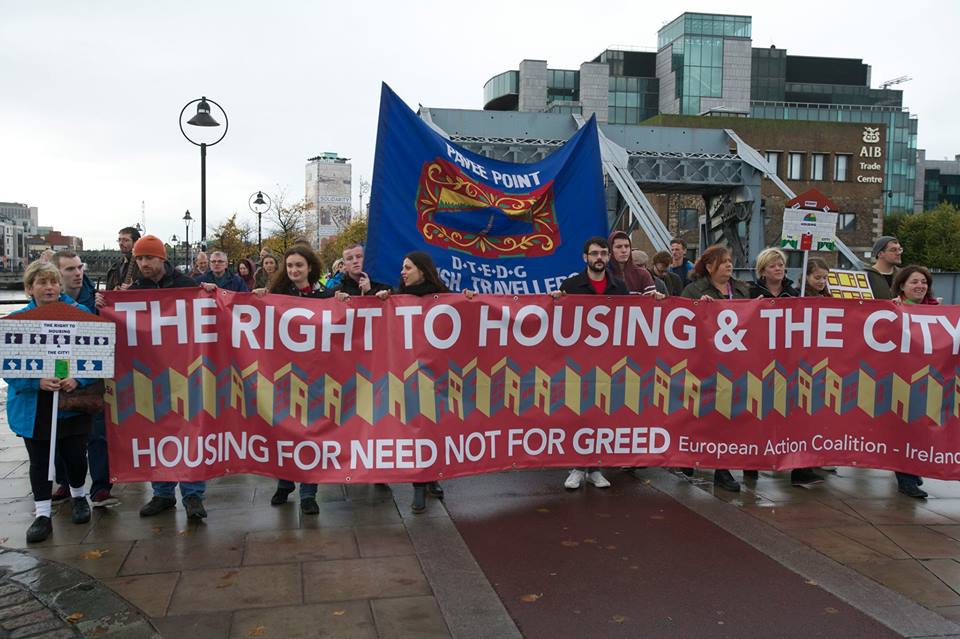 INAR today called for Fianna Fáil leadership to take action against Cllr Horkin and ask him to resign from the party, and his seat in the event of his re-election. This follows a leaflet distributed that oppose Traveller accommodation in Dun Laoghaire Rathdown.

Shane O Curry, Director of INAR said “Cllr Horkin’s remarks opposing Traveller accommodation  in Dun Laoghaire Rathdown have no actionable basis whatsoever. The Traveller accommodation plan is policy since it was passed by a clear majority of Councillors in January. Jerry Horkin’s latest leaflet is a desperate attempt to gain votes by playing the anti-Traveller prejudice card at the last minute. The Fianna Fail party is a signatory of  INAR’s anti-racism electoral protocol.”

All of the major political parties have renewed the pledge they made when they signed INAR’s anti-racism election protocol this year.

O’Curry went on to say, “We believe that the protocol has contributed to a climate where it is unacceptable in Ireland to use the kind of racism that can currently be seen in politics in other parts of Europe. Recognition should be given to all Irish parties for this.”

INAR notes however that even with this pledge members of political organisations have continue to use racist and anti-Traveller comments.

Notes to Editor
Fine Gael, Labour, Fianna Fáil and Sinn Féin People Before Profit, the Socialist Party, the Anti-Austerity Alliance and the Workers Party have all signed an anti-racist protocol

INAR Network Members: https://inar.ie/network-members/
INAR coordinates a network of over 40 civil society organisations working in anti-racism in Ireland, and is the Irish coordination of ENAR, the European Network Against Racism. INAR and ENAR work to coordinate common civil society led responses to racism and racial discrimination at a local, national and European level.

INAR operates www.iReport.ie, the independent national racist incident reporting tool. iReport.ie was launched on 11th July 2013 and is a human rights monitoring tool, which takes the form of quarterly and yearly observations on racist incidents in Ireland. The iReport observatory compiles its data from information submitted by people who have been subjected to racism, by frontline anti-racist organisations and other organisations that are committed to combating racism, and by the public. You can read the latest report here.