Defining Racism in an Irish Context Download the bookletBurning issues

DEfining racism in an irish context 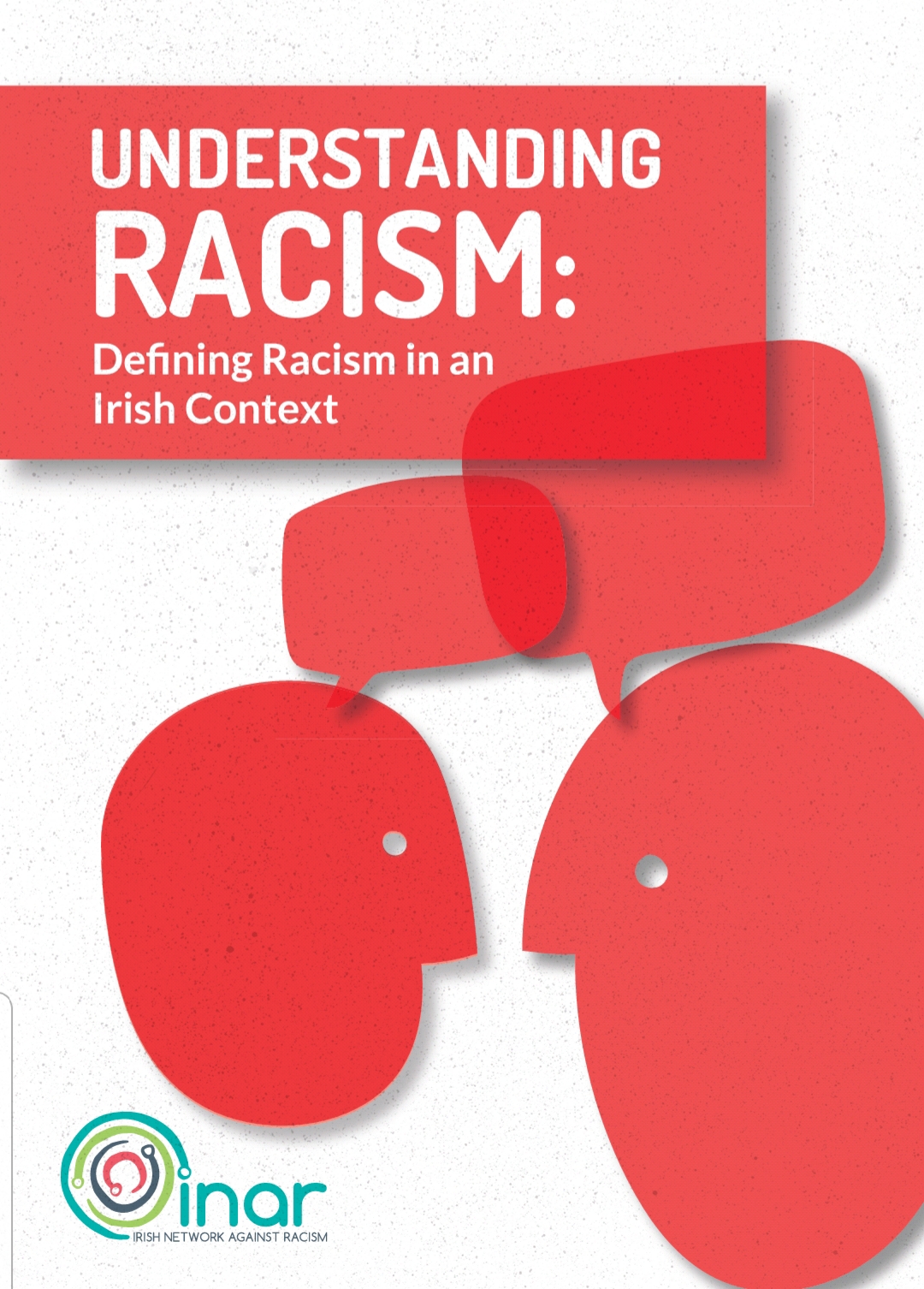 Responding to what its Director Shane OCurry called “an unprecedented interest and level of queries about racism in Ireland” the Irish Network Against Racism (INAR) today launched an online resource package for understanding racism in Ireland.

The Understanding Racism package contains a downloadable booklet called Understanding Racism, which gives a comprehensive answer in an Irish and international historical context to the question “what is racism?”. The booklet is accompanied by a web page entitled “Racism in Ireland Today: What are the issues?”, a useful jumping-off point for the main issues which shape the state of racism in Ireland, with links to further resources and INAR’s policy positions. The resource also contains a practical information resource with links called “10 things you can do about racism in Ireland.”

“It has taken the tragic death of George Floyd to galvanise a global consciousness about racism. This has clearly been a tragedy for George Floyd’s loved ones and for black and minority communities everywhere. But racialised brutality against minorities is not news to those of us who are from minority backgrounds, so in that context, we are comforted by what we see as the opening of the eyes of the whole nation to the reality of racism as faced by minorities, and a thirst to understand more.” Said Claudia Hoareau, member of INAR’s Board of Directors “We welcome this desire to engage and learn more. As a member of INAR, I am proud of the resources we have developed for harnessing that curiosity and forging it into concrete and practical actions to ensure that Ireland does not continue down the road to the type of entrenched, systemic racism we see in the US. I hope that white Irish settled people can seize this opportunity to do the work in informing themselves about racism, and continue to hold the space open for minorities voices to be heard in the conversation on racism that is at last beginning”

The Irish Network Against Racism INAR (formerly ENAR Ireland), who coordinate a network of 104 civil society organisations in Ireland, have pioneered the iReport.ie racist incident reporting system since 2013, logging thousands of incidents and producing from their data cutting edge reports and policy submissions to national and international reporting bodies, government and media. Its complete periodic reports on racism can be found here.  INAR is also an active member of the European Network Against Racism (ENAR), a network of 160 organisations from 30 European States. INAR submits data reports and other submissions to Government, National Authorities, European Union, OSCE, Council of Europe and UN bodies on racism and discrimination in Ireland. INAR prepared and presented the Irish Civil Society collective Shadow Report to the UN Committee for the Elimination of Racial Discrimination hearing on Ireland in November 2019.

In this period, INAR have also developed the capacity of their network members to support people to respond to racist incidents including the  “Responding to Racism Guide”, a highly accessible 226-page directory of institutions, public bodies and their procedures with regards to racism and discrimination. These resources are also now brought together in a new iReport App, available for Android and iOS devices on the new INAR website. The App is aimed at members of minority groups who experience racism, as well as their allies and advocates, encouraging the latter to ‘speak up’ and make racism visible. The iReport.ie App is available to download here.