Reports of racism flood in in 4 weeks since iReport.ie launch 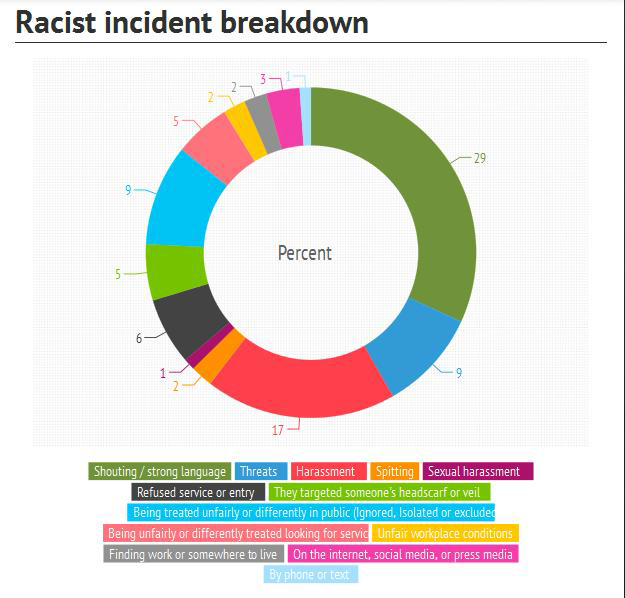 iReport.ie, the new online Racist Incident Recording System, has logged 60 reports detailing racism in less than one month, says anti-racist organisation INAR.  “This is a significantly higher rate than our previous recording system, and a much higher rate than An Garda Siochana, who recorded just 19 incidents in the first 3 months of 2013” said Shane O’Curry, Director of INAR.
“The reports show that migrants and minority ethnic groups, including Travellers, are being subjected to worrying levels of racism and discrimination. People are reporting all kinds of racism, from subtle forms of discrimination to concerted social exclusion, from shouting and name calling in the street to intimidation, spitting, sexual harassment and organised violent assault with weapons” said O’Curry “But these are being perpetrated by a minority, and although there have been some high profile cases of public figures expressing racist sentiments, the majority of the public in Ireland reject racism. We can see this anti-racist sentiment reflected in the fact that almost half of the reports were logged by witnesses, a majority of whom were unrelated to the people targeted.”

One report described a case of discrimination and also featured a good example of “bystander solidarity”; a settled woman who had gone out for a pub meal with her husband, described how they had been told to pick any of the empty booths they liked, and how a Traveller family with young children who had taken their own booth just afterwards were asked to leave by a manager, who claimed that the booths had been reserved for a party. The Traveller family challenged the manager on this and left after protesting. The woman and her husband then offered to vacate their booth if, as the manager said, the area had been reserved for a party, only to be reassured by an embarrassed waitress that they didn’t need to. “I understand that management reserve the right to refuse anyone, but that was blatant racism. They were a family with two young kids out for dinner on a Sunday afternoon and they were subjected to that kind of behaviour.” The settled woman and her husband cancelled their order and left as well.

Other findings from the first 4 weeks include:

“It is a good thing that so many Irish people take racism seriously” concluded O’Curry “In one case an Irish family were horrified when their visiting relatives and other tourists were racially abused in a restaurant, so they reported the incident to iReport.ie. In the last few days we have seen Oprah Winfrey in the headlines after she was racially profiled in a shop in Zurich, an incident which didn’t reflect well on Switzerland. Tolerance for racism could damage our tourism industry. We do not want this kind of reputation for Ireland.”