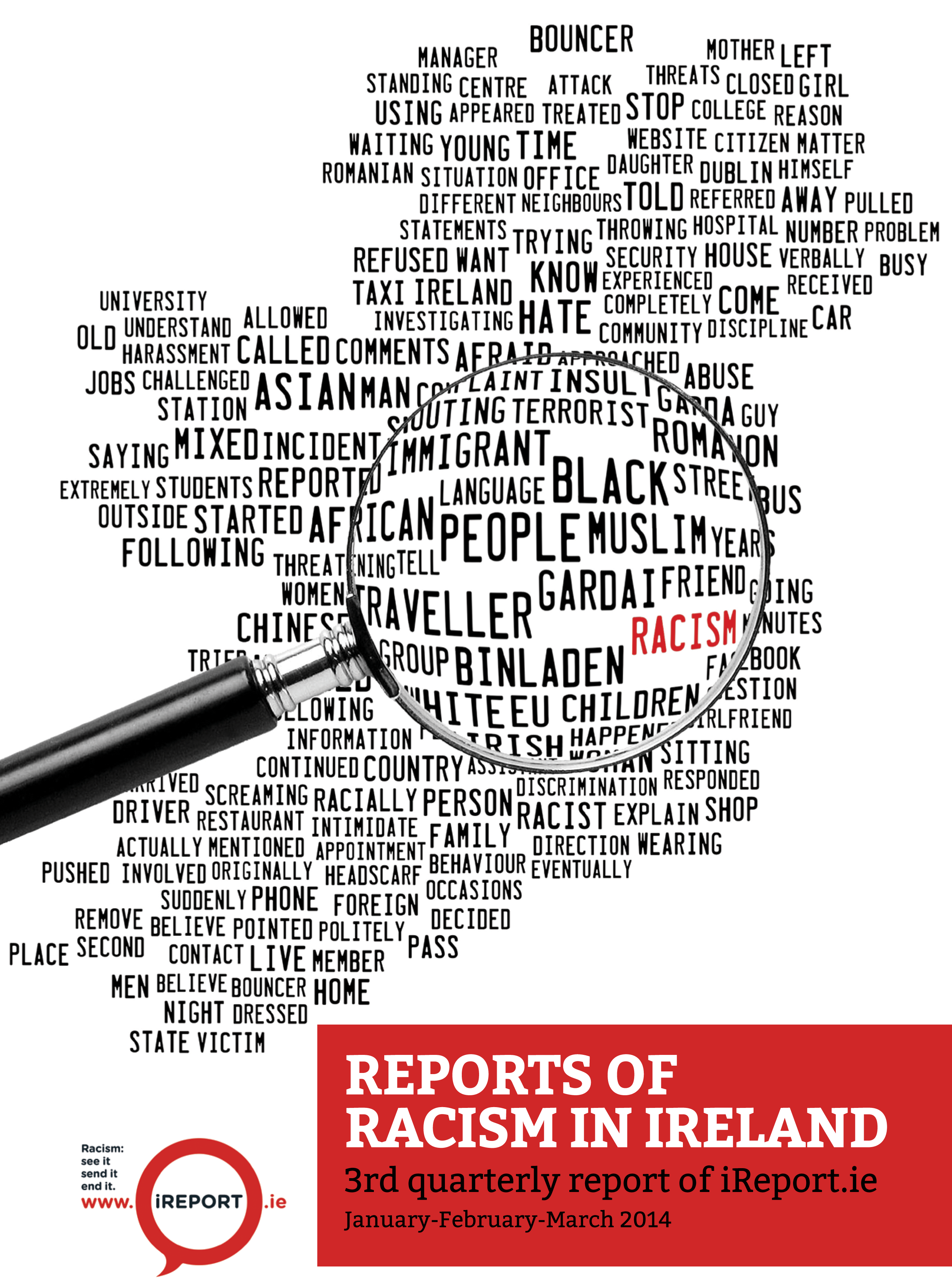 Confidence in Garda still a problem as negative experiences outnumber positive ones 2-1.

A new report has revealed that twice as many people reporting racism to An Garda Siochana receive a negative response as do a positive response. These vary from the misidentification of racist incidents to Garda actively refusing to take statements from victims of racism. These experiences also reflect the much lower levels of racism recorded by An Garda Siochana than what is being reported via INARs iReport system.

“An Garda Siochana need to dramatically change how it deals with racism in our society. Given our previous reports have shown a low level of confidence in reporting to the Garda, it is essential that when reporting does happen it is dealt with sensitively and effectively. That we are seeing so many cases of peoples interaction with Gardai falling at the first hurdle is a striking indicator of a systemic problem.”

“An Garda Siochana need to dramatically change how it deals with racism in our society. Given our previous reports have shown a low level of confidence in reporting to the Garda, it is essential that when reporting does happen it is dealt with sensitively and effectively. That we are seeing so many cases of peoples interaction with Gardai falling at the first hurdle is a striking indicator of a systemic problem.”

The data shows a significant rise in reported assaults in the previous quarter, with young Black African men being most at risk of physical racist attacks.

“This needs to be urgently addressed as part of the process of ‘enhanced cooperation’ between the Department of Justice and An Garda Siochana, with proper training and resources. Experience shows that a police service that is unable to deal with racism in society ultimately will not reflect the diversity of, or have the confidence of, the population it exists to serve. INAR renews its call for recruitment quotas to ensure as the first step in reforming a police service that is fit for purpose in today’s multicultural context.”

INAR recognises that the government is primarily responsible for the legislative and policy framework within which the force operates. The absence of a National Action Plan since 2008 and the failure of existing legislation to provide clear and comprehensive guidelines to An Garda Siochana is the primary barrier to effectively and positively challenging racism in Ireland today.

Other key findings
* Increase in violent incidents.
* 100% of violent incidents involved racist language
* Rate of reporting to police increased.
* Black Africans are the most likely to be victims of public racism.
* Large increase in reports of racism online
* Most perpetrators are male, typically in 35-55 age group
* The commonest reports are of shouting and verbal harassment.
* Men are most likely to suffer violent attacks.
* Men and women suffer different patterns of racism.
* Assaults are most likely to be carried out on single individuals by groups of 2-4 men
* Nearly half of the reports are made by witnesses or third parties.
* A number of reports of spitting were made.
* Racist incidents have wider impacts on individuals, on relationships and on wider society.
* A number of incidents of secondary victimisation were recorded.

iReport.ie
iReport.ie was launched on 11th July 2013 by INAR. This third Quarterly Report, iReport Q3 2014, covers the period Jan-March 2014. The iReport is a human rights monitoring tool, which takes the form of quarterly and yearly observations on racist incidents in Ireland. The iReport observatory compiles its data from information submitted by people who have been subjected to racism, by frontline antiracist organisations and other organisations that are committed to combating racism, and by the public. It uses iReport.ie, an online racist incident reporting system, which can be found at www.iReport.ie.

To ensure the analysis of the iReport reporting system is in line with robust international standards of data collection and analysis INAR has partnered with Dr Lucy Michael, Lecturer in Criminology at the University of Hull. Dr Michael is an authority on hate crime recording systems and on the impact of hate crimes on communities. She is the author of several works in the area including ‘Hate Crimes against Students’ (2013) and ‘Securing civic relations in the multicultural city’ (2009). She is a member of the British Society of Criminology and an Executive Committee member of the Sociological Association of Ireland.