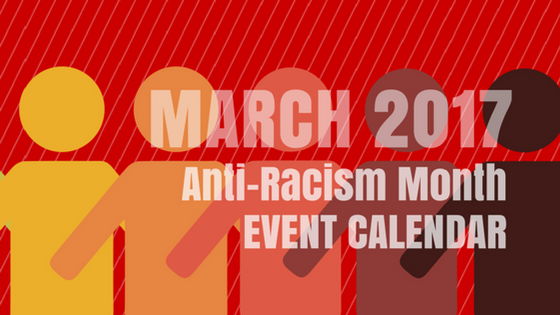 Every year March is an important month for both Irish and global Anti-Racism Movements due to various international celebrations focusing on combating racism and celebrating diversity taking place.

21 st March marks an important day in every anti racist’s calendar.  On that day in 1960, police opened fire and killed 69 black people at a peaceful demonstration for equality and against apartheid laws in Sharpeville, South Africa. This date has since been declared the International Day for the Elimination of Racial Discrimination, when the people across the globe show their opposition to racism and solidarity with those affected by it and  in remembrance of the harmful impact of racism on individuals and communities.

Additionally, the week of 18-26 March is  the European Week Against Racism   and the week following 21st March marks the UN Week of Solidarity with the People Struggling against Racism and Racial Discrimination. During those weeks thousands of people, not just in Ireland but all across the EU will come together to promote and celebrate equal rights and diversity in Europe.

INAR and our Network’s Members will coordinate and celebrate not only that important dates, but the entire month full of anti-racism and intercultural events between 1st and 30th of March with one additional event on 4th of April. Check out what’s happening in your area in the below Events Calendar and join the event near you. If you wish to add your event contact Aga at aga@inar.ie.

Do you have an anti-racism or intercultural event coming up in March? Let us know by emailing aga@inar.ie to have this event included in our Event Calendar.