REPORTS of racism in Ireland 2019

There were 530 reports received in 2019. Criminal offences excluding incitement to hatred constituted 112 reports. Discrimination accounted for 111 reports, and other recordable racist incidents accounted for 130 reports. There were 174 reports concerning hate speech.

2019 was a year which saw a number of significant developments in the fight against racism in Ireland. The full repercussions from unsavoury comments about Travellers, made in late 2018 by a feckless Peter Casey, an unsuccessful candidate in the 2018 presidential election, were only just manifesting at the beginning of 2019. In February, a second attack on a hotel designated for accommodating asylum seekers in Rooskey, Co Leitrim, in circumstances remarkably similar to the previous attacks on a hotel in Moville, Co Donegal, threw into sharp focus the dreadful consequences for minorities of deploying racism as a political tool. Indeed, as this report shows, arson attacks on Traveller homes and a number of very seriously violent racist crimes on all minorities would also be recorded in 2019.

But the “Peter Casey moment” had other consequences too: it caused his ratings to soar, as intended, encouraging the expectation by others that there could be electoral gain to be made from making utterances that were suggestively xenophobic and racist, if not outrightly so. When candidates Noel Grealish TD, Verona Murphy and others would later make their own utterances, it was apparently with little consideration to the risk of violence against minorities. Such utterances are often only very loosely based in fact, if not blatantly mendacious, and always pander to fears and myths, often the kind that can be traced to far-right sources. Indeed, within the same timeframe that this “moment” peaked the interest of these ostensibly “presentable” but unscrupulous individuals from the political mainstream, it had already awakened and emboldened a number of far right vloggers and groupuscules who saw an opportunity to shift the discourse around minorities to the right. As recorded by INAR, the activities of the far right, brought about a marked increase in volume, intensity and vehemence of online hatred, hate activity and incitement. Using internationally tested resources and methodologies, actors in the far-right ecosphere made concerted attempts to coalesce and achieve political, street-level and electoral breakthroughs, either through fielding candidates or by drawing more mainstream candidates to the right. Noel Grealish’s racist remarks at a public meeting in Oughterard are best understood in the light of the successful efforts by far right organisers arriving in the Co Galway town to exploit local frustrations, and state opacity, to build an anti-asylum seeker campaign based on racist myths.

If political racism would later suffer set-backs electorally, thanks to community leadership, its mere existence in society nevertheless continues to have drastic real-life consequences for all minorities in Ireland. This is evidenced in the significant increases in recorded incidents, in particular serious incidents, and in their impacts, as reported in these pages. The lessons from our European neighbours, and across the world, where instances of far-right terrorism have quadrupled since 2015, is that we can’t afford to treat these phenomena as ephemeral. We must also guard against being tempted by the folly that a far-right agenda can somehow be undermined by ‘mainstream’ politicians adopting elements of its agenda. We need state leadership.

At a grassroots level, real leadership has been galvanised in response to the attempted far-right surge. Anti-racism initiatives emerged to directly confront the threat posed to communities. At the time of writing, the awakening of Ireland’s anti-racist and democratic conscience is also emerging in civil society, faith group and trade union vociferousness in opposing the far right and political racism. There has also been a detectable improvement in journalistic standards.

In December, Irish Civil Society also showed leadership too when diverse groups sent multiple delegations to Geneva to make representations to the United Nations Committee For the Elimination of Racial Discrimination (UN CERD) as it conducted its periodic examination of the Irish State. This engagement ensured that the main findings from INAR’s 2019 consultation and reporting process to CERD were not just taken up by the Committee in interrogating the State, but were also heavily reflected in its Concluding Observations for Ireland.

These included the call to:

Address racism within the wider criminal justice system by:

Curb the increase in racist hate speech by:

Bring in measures to combat hate crime, by: 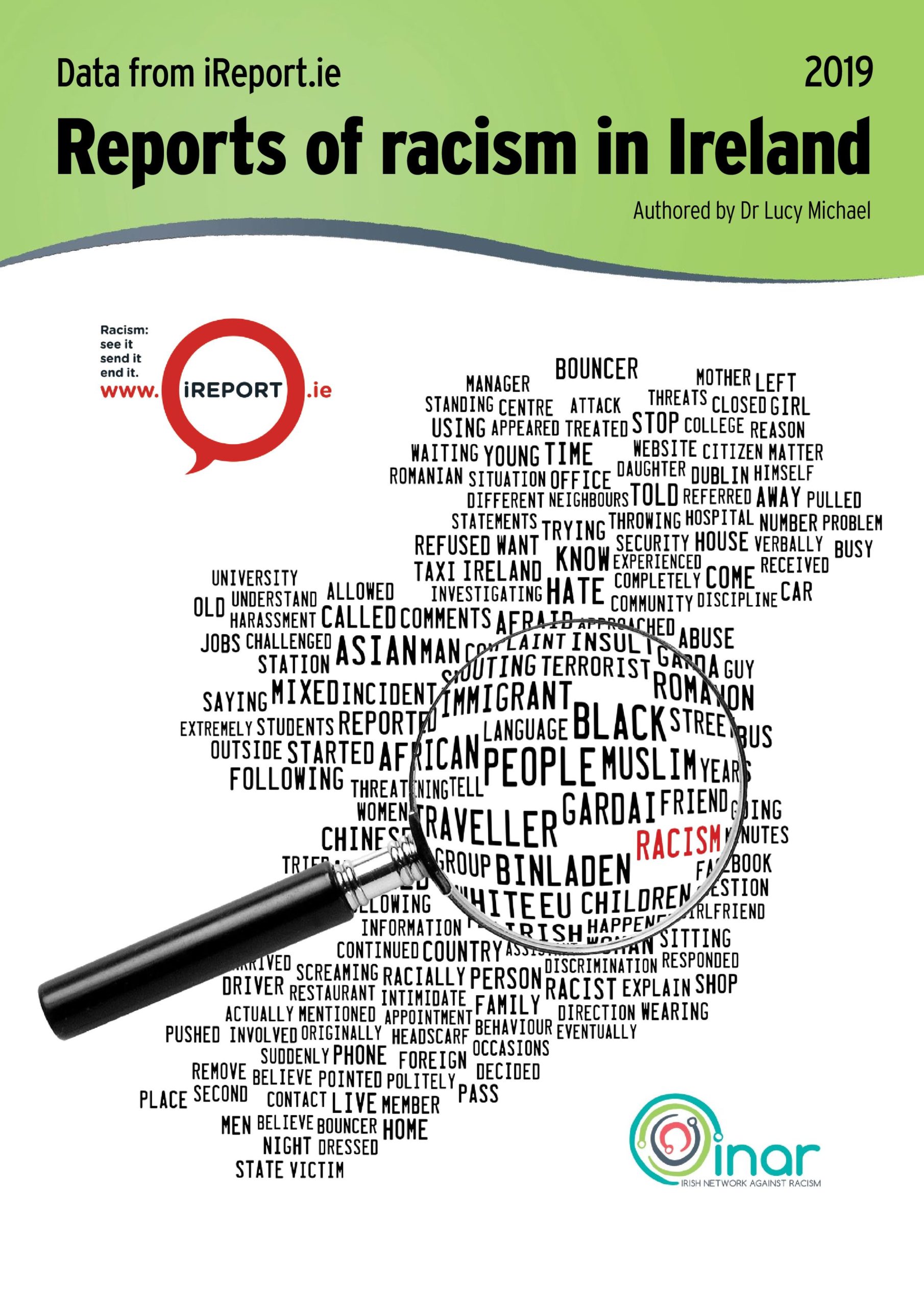 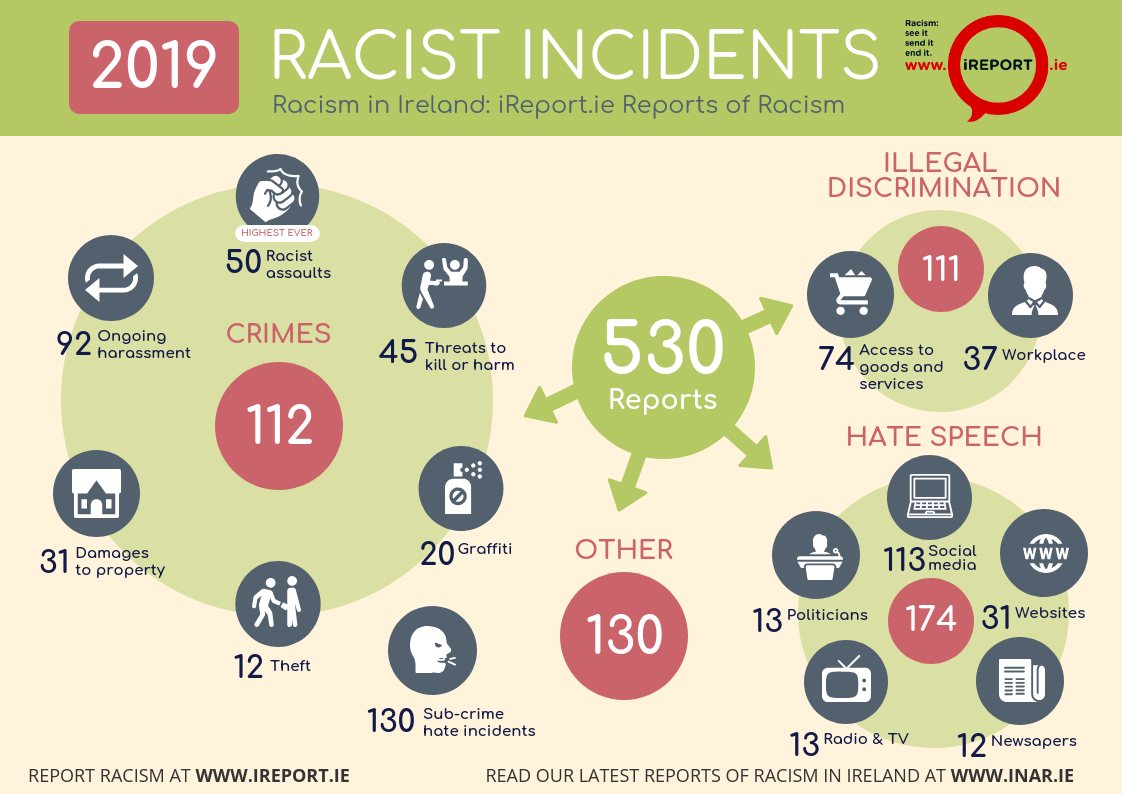 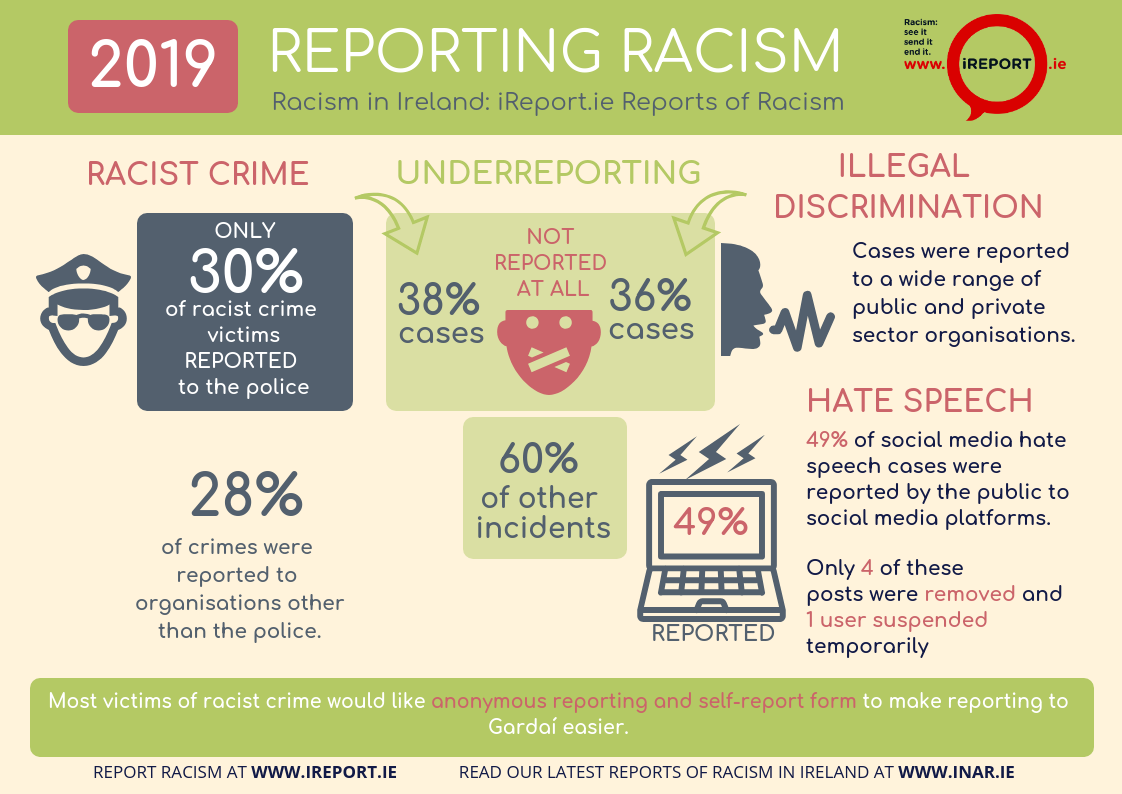 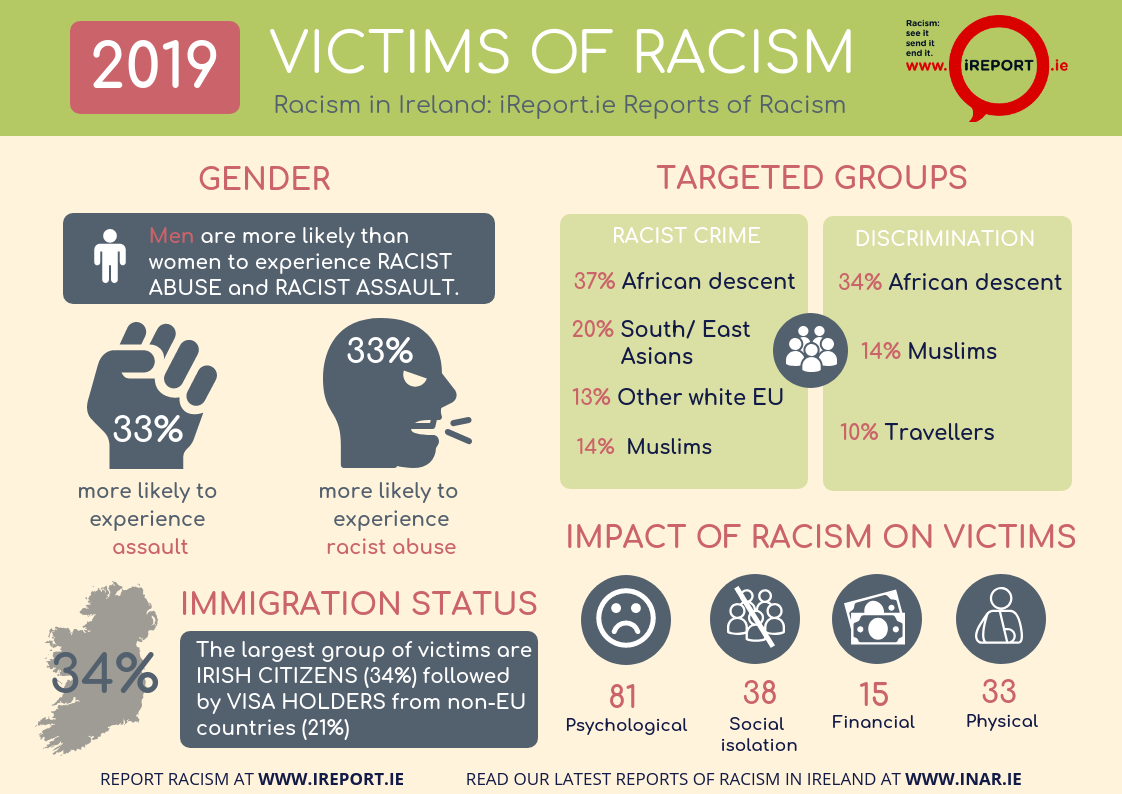 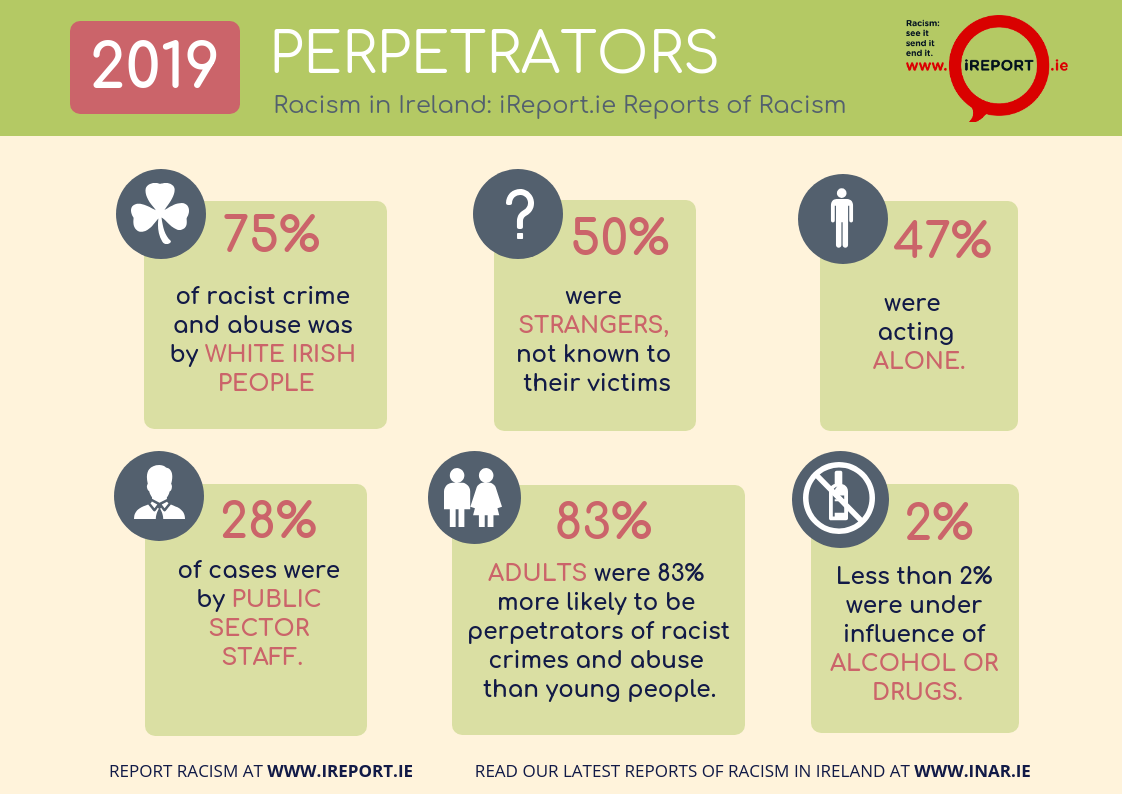