The UNIDPAD was launched in 2015 by the United Nations and it requires all UN member states to
implement programs that assert the three strategic themes – Recognition, Justice and
Development of the People of African Descent.

It is therefore a project formed for the implementation of the UN Decade in Ireland. The Steering committee is funded by government of Ireland under the Department of Children, Equality, Disability, Integration and Youth and it represents views of the People of African Descent in Ireland, amplifying issues affecting them.

We have put together a brief one-pager offers a brief summary of:

– How the organisations and the general public can get involved.

Feel free to use this one-pager in your communications, workshops, teaching materials as well as your campaigns. We do understand that there may be more information that you may need regarding the decade, if you have any questions, please contact: info@idpadireland.ie 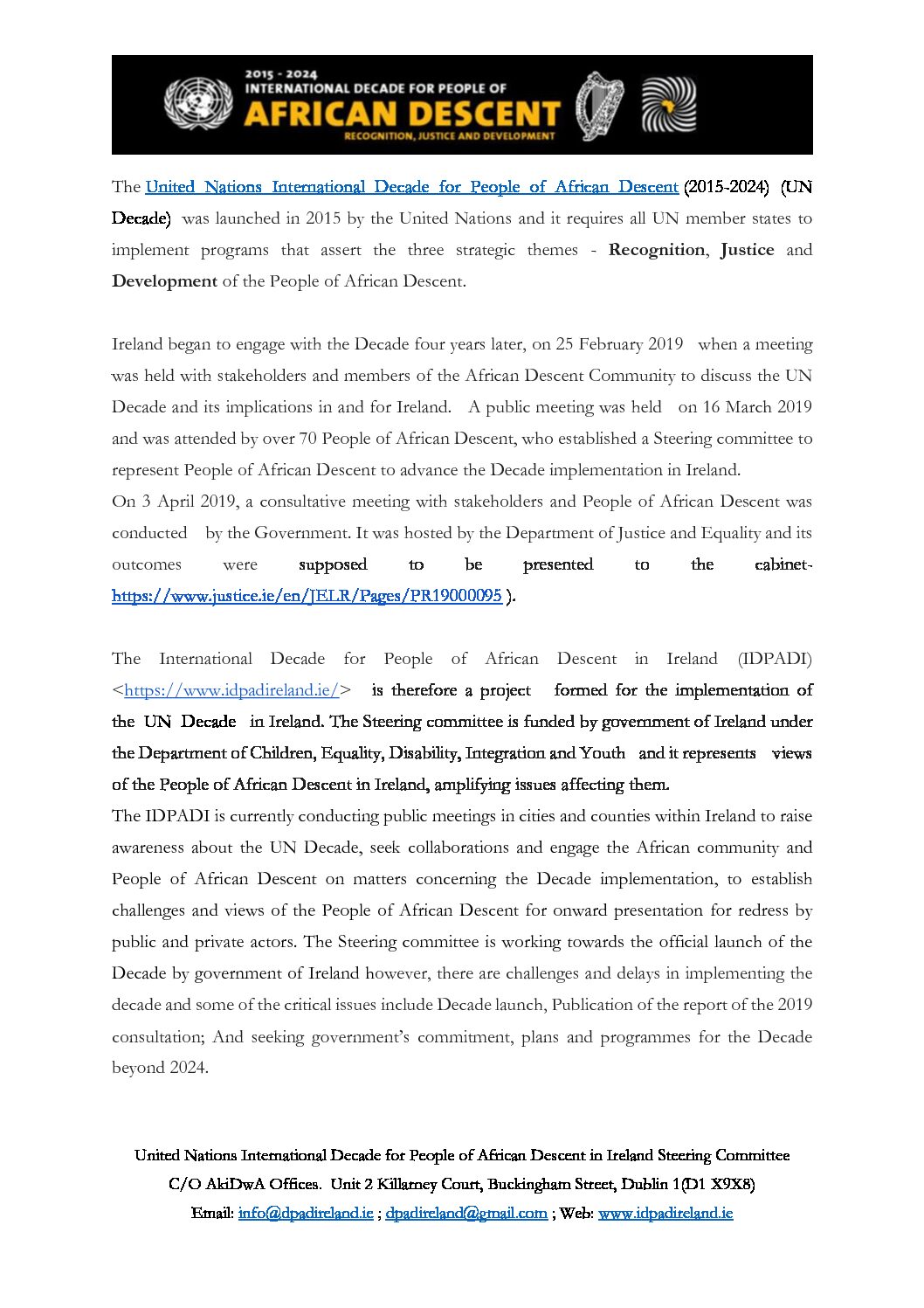 This fact sheet is based on ENAR’s Shadow Report questionnaire 2014/2015 answered by Akidwa’s Salome Mbugua including the results of qualitative and quantitative research. This offers key insights into the thematic areas of political participation, employment, healthcare, education, housing and policing. it also provides recommendations. 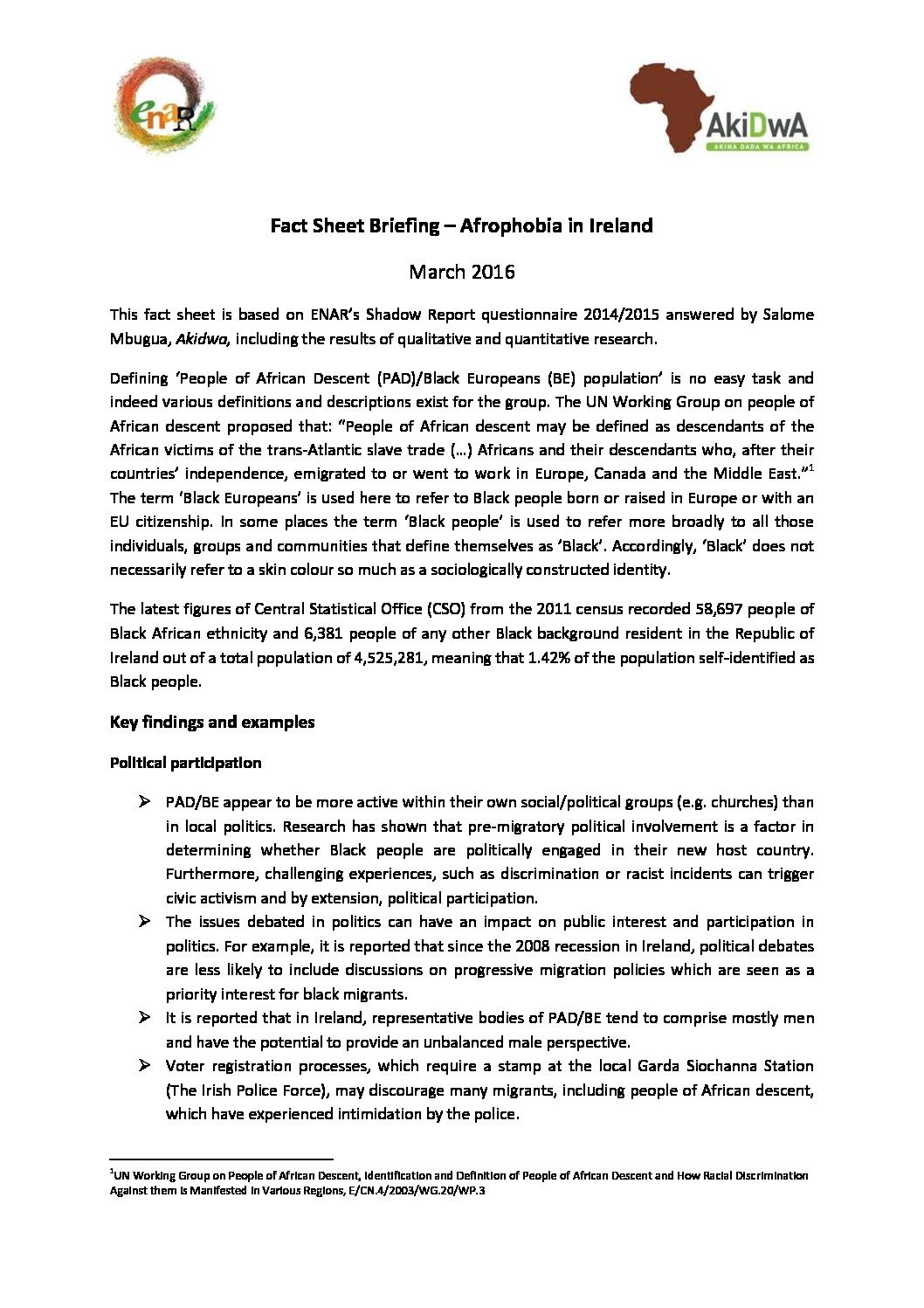 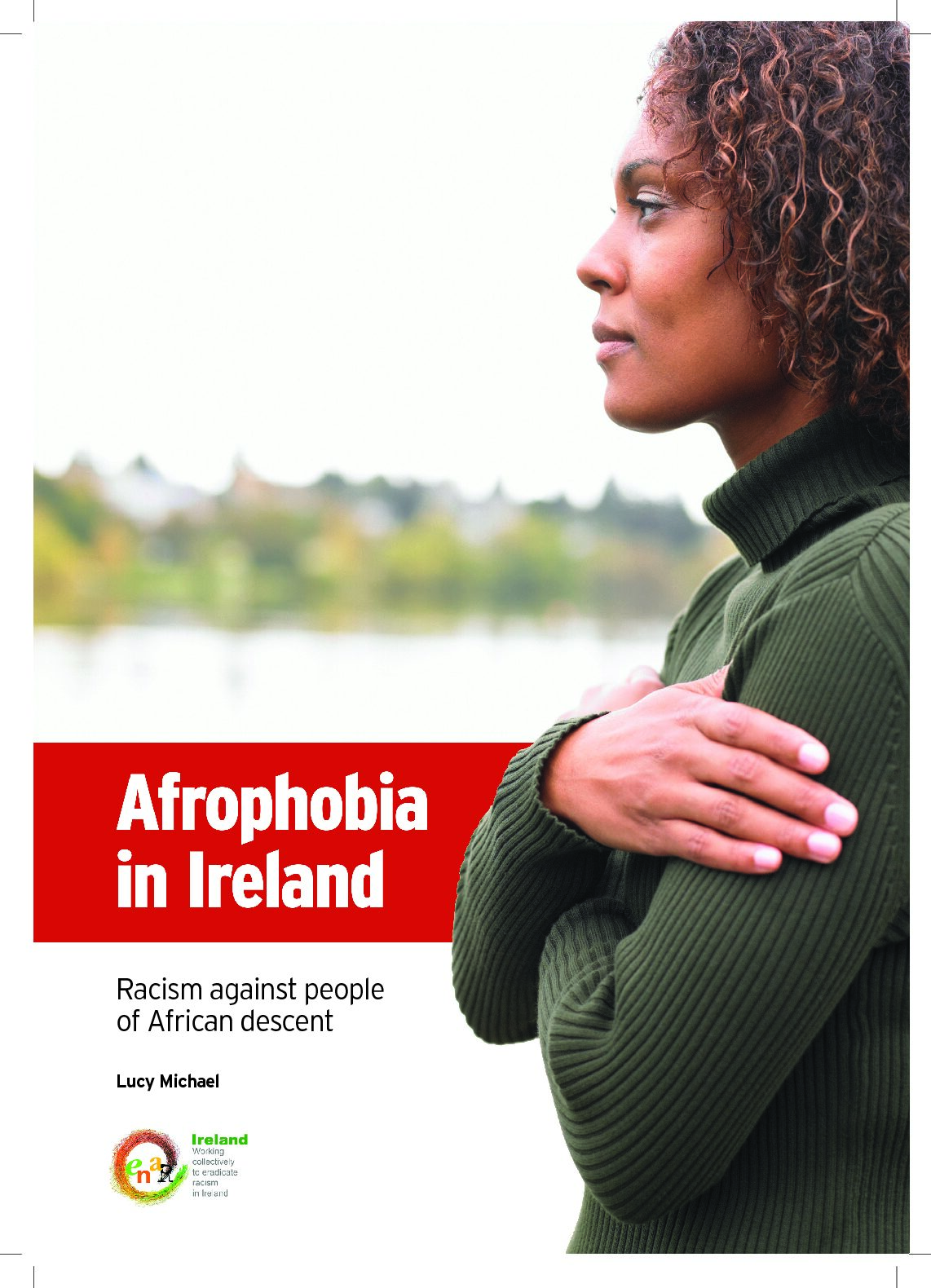