DecontRamination is a project supported by the European Commission, done in collaboration with Loesje Berlin and Ljubljana Pride, focused on documenting and mapping hate speech.

The DecontRamination Project first started in 2013 as part of the work of the Appareo association. This initiative, along with the online map for documenting hate and discriminatory speech, was recognized as Good Practice by the Council of Europe’s “No Hate” campaign. Now the Ljubljana Pride Association is working on reviving the project, together with us at INAR and Loesje Berlin, as we recognize that not much has changed in the field of addressing hate speech since the formation of the project in 2013. Our role as INAR in this project is to provide legal and human rights expertise on hate speech and provide supporting resources for recording mechanisms.

This project is countering the sharp increase in discriminatory speech and hate speech in media discourse that we have witnessed on social media and in parliamentary politics throughout Europe – the streets, walls, buildings and parks of our cities are unfortunately no exception.  The primary target of this hatred, othering, negative stereotyping and stigmatisation are minoritised groups such as the LGBTQIA+ community, asylum seekers and immigrants, people of colour and Muslim women, to name a few. Hate speech and discrimination towards minoritised groups are deeply rooted in ideologies and systems of oppression such as racism, patriarchy, misogyny, sexism, homophobia and nationalism. Therefore, it is crucial to equip ourselves with tools and knowledge that enable us to imagine an alternative perspective on the world, one based on protecting human rights, international cooperation, intercultural coexistence and respect for differences and diversity.

The centrepiece of this project is the online DecontRamination map, a space where incidents of public hate speech against marginalised groups can be documented. This allows for monitoring of the developments in the streets as well as providing a concrete starting point for resistance against this hatred. In order to log toxic content onto the map, you can simply use the DecontRamination Mobile Application.

We are proud to present the DecontRamination mobile app, an App that allows you to monitor hate speech in public spaces and provide a concrete starting point for resistance against this hatred. We are currently witnessing a sharp increase in discriminatory speech and hate speech in media discourse, on social media and in parliamentary politics throughout Europe – the streets, walls, buildings and parks of our cities are unfortunately no exception.

This app helps you submit reports of hate speech you find anywhere in public spaces: in your local park, the wall next to your school/work, at your grandma’s place or next to your favourite coffee place. Now you can easily take a photo of public hate speech, such as anti-LGBT grafiiti, far right sticker or xenophobic poster, and submit it to the DecontRamination map and with that become more aware of the physical space you live in! Apart from hate speech, the app also allows you to submit “DecontRaminated” hate speech, hate speech whose meaning has been changed into something positive, and/or to submit speech that is positive and reinforcing towards those, often targeted marginalised groups.

Besides hurting people who identify within targetted groups, public hate speech also normalises those types of hateful narratives in public spaces. Within the app you can also find information to whom to turn to for support if you are affected by the hate speech, or would like to furtherly engage to address these issues. This app can be a great tool to open a conversation about hate speech, its consequences as well as provide support to those affected by it. It is engaging and simple to use, everyone can do it! 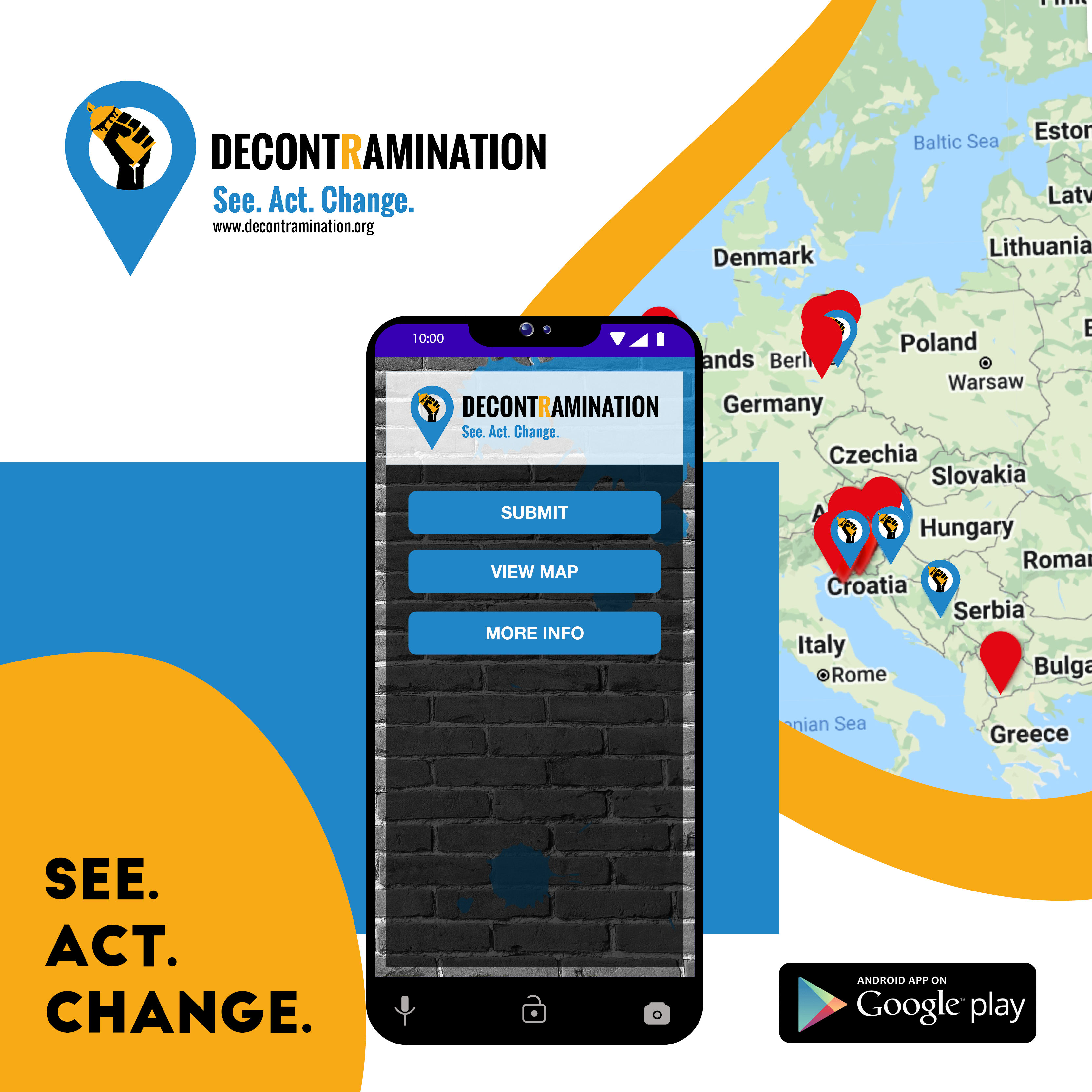 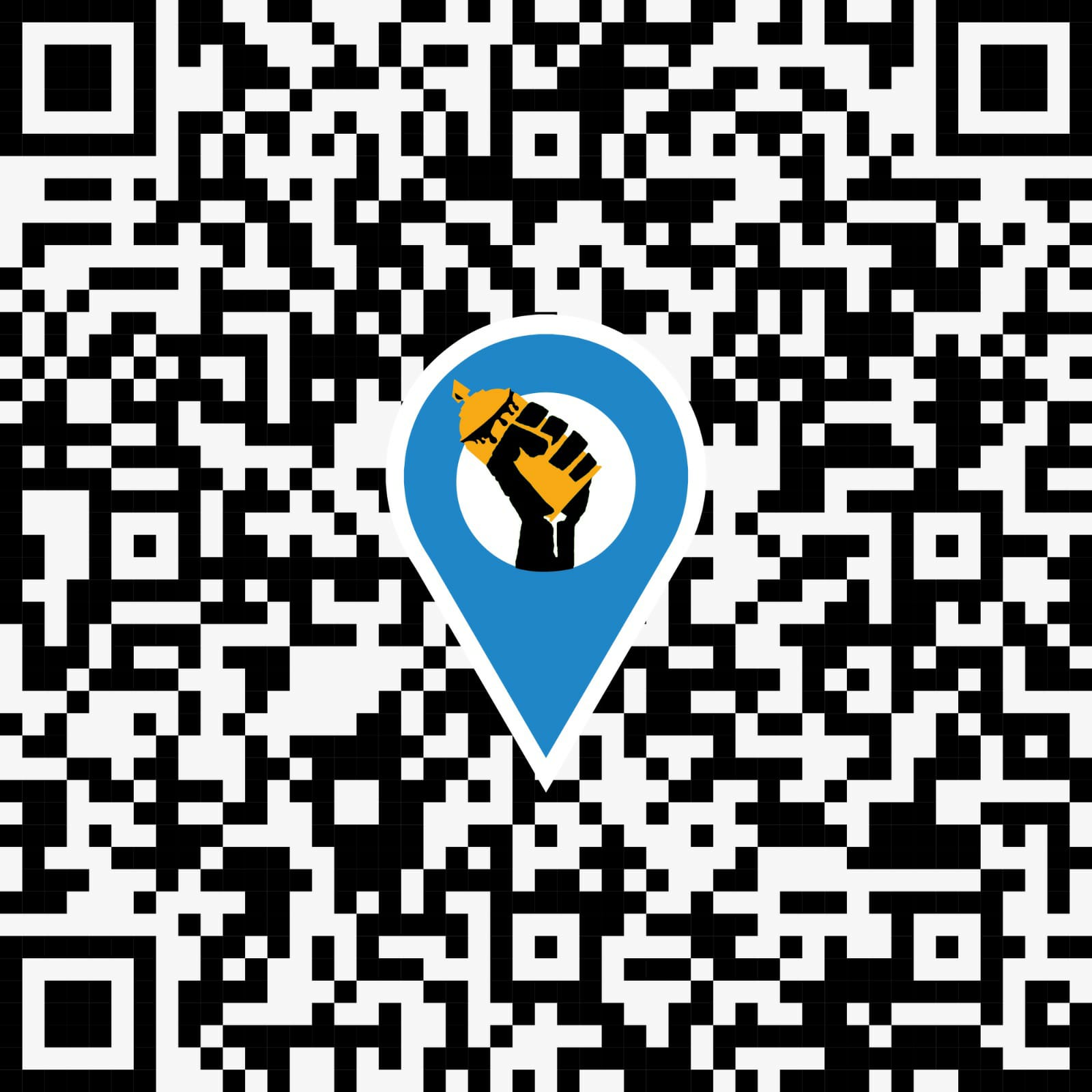 As a companion to the DecontRamination Mobile App, we have also developed the DecontRamination Handbook. In this handbook, we aim to equip people with the tools and knowledge that will enable us all to recognise the power we have to imagine an alternative perspective for public spaces, which is based on the protection of human rights, international cooperation, intercultural coexistence, and respect for differences and diversity without the promotion of hate. 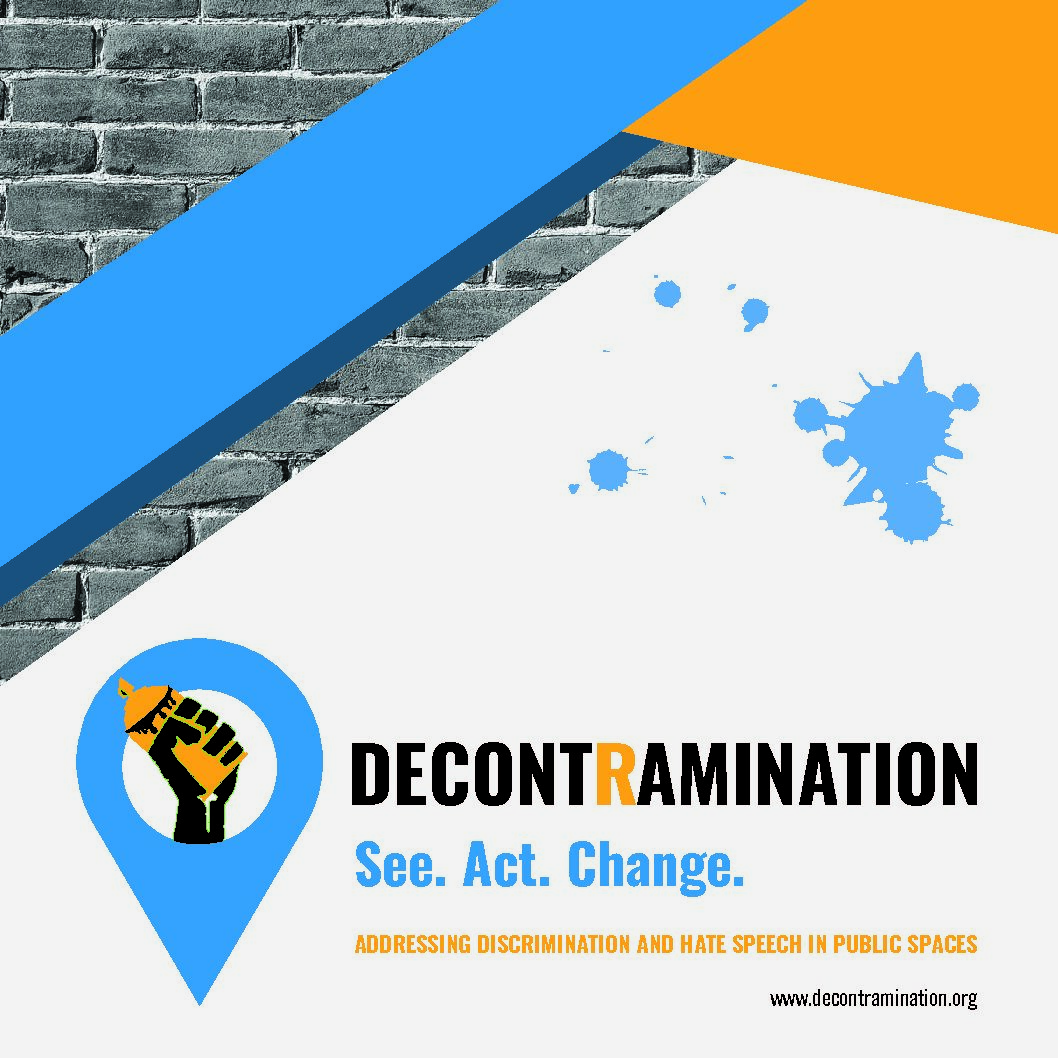