On Friday, 24th January at 11 am, the Irish Network Against Racism will re-launch it’s Anti-Racism Election Protocol (AREP) at the front of the Leinster House, in the light of the upcoming General Election 2020. The AREP 2020 has particular relevance in the context of the increase in racist discourse and the rise of xenophobic populism in Ireland and globally. Therefore, we hope that this protocol can help keep the February 8 General Election free from the kind of toxic, racist discourse that misinforms voters and debases political debate.

The Anti-Racism Election Protocol has played an important role since 2001 in ensuring that elections have been conducted in such a way that they do not incite hatred or prejudice on the grounds of ‘race’, colour, nationality or ethnic origin, religious belief and membership of the Traveller Community.

Political parties that have previously endorsed the Protocol included: Fine Gael, Fianna Fáil, Sinn Féin, Labour, Solidarity-PBP, the Green Party and the Workers’ Party. Many independents and individual candidates have signed it too. You can see all the signatories of the previous AREP 19 here. 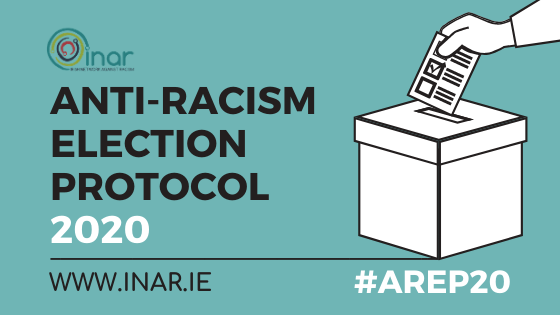 INAR invites political representatives to demonstrate their commitment to anti-racism by signing the below declaration as an indication of their support and endorsement of the Protocol.

DECLARATION OF INTENT BY POLITICAL PARTIES AND/OR INDEPENDENT AND INDIVIDUAL CANDIDATES:

As a candidate/authorised rep of a political party in the 2020 General Election, I agree:

What do we understand as hate speech?

The EU provides the following guidelines to distinguish content inciting to bias/ discriminatory hatred or violence.

By signing the protocol the signatories of the AREP 20 commit to the terms of the Protocol and to refrain from using this kind of rethoric during the General Election 2020 and afterwords.

calling for limiting the rights

Content calling for limiting the rights of, or otherwise discriminating against certain groups/individuals belonging or perceived to belong to such groups.

During the AREP 20 campaign, apart from the national launch in Dublin, local and online events were organised in Galway, Laois, Donegal, Limerick and the Fingal area (see below images). 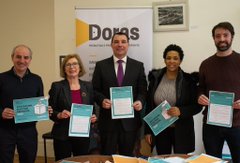 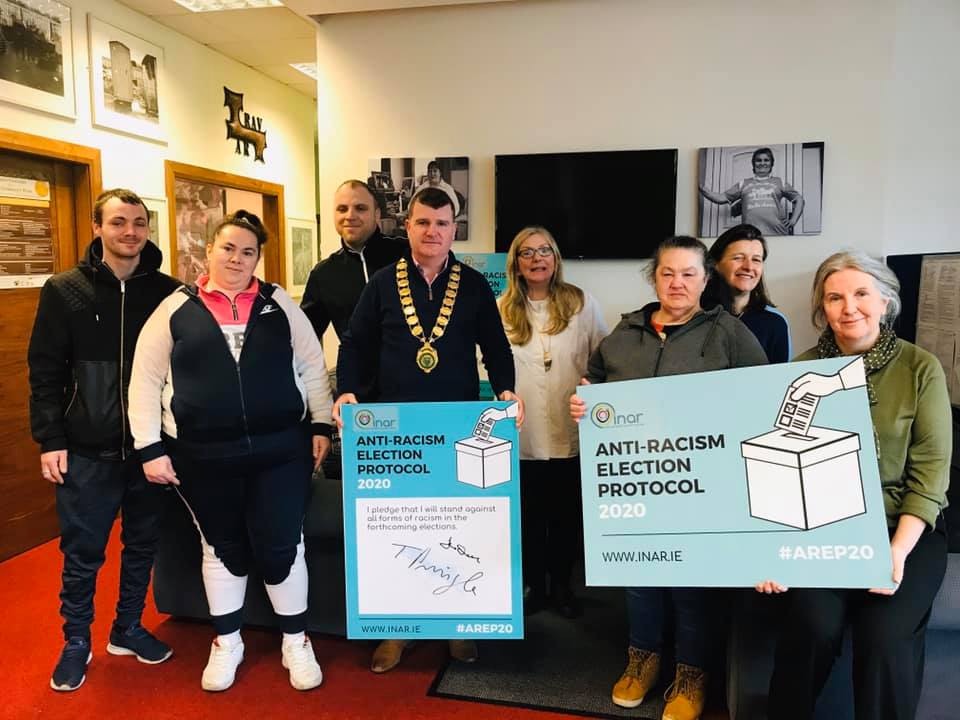 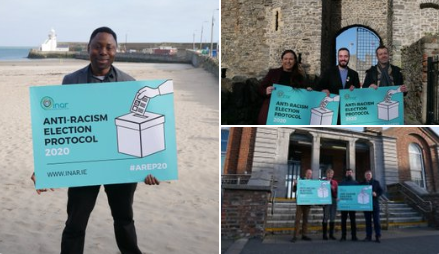 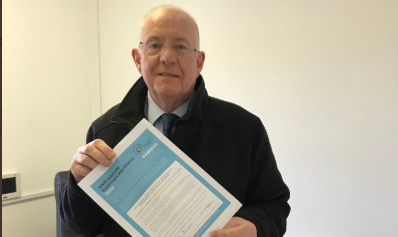 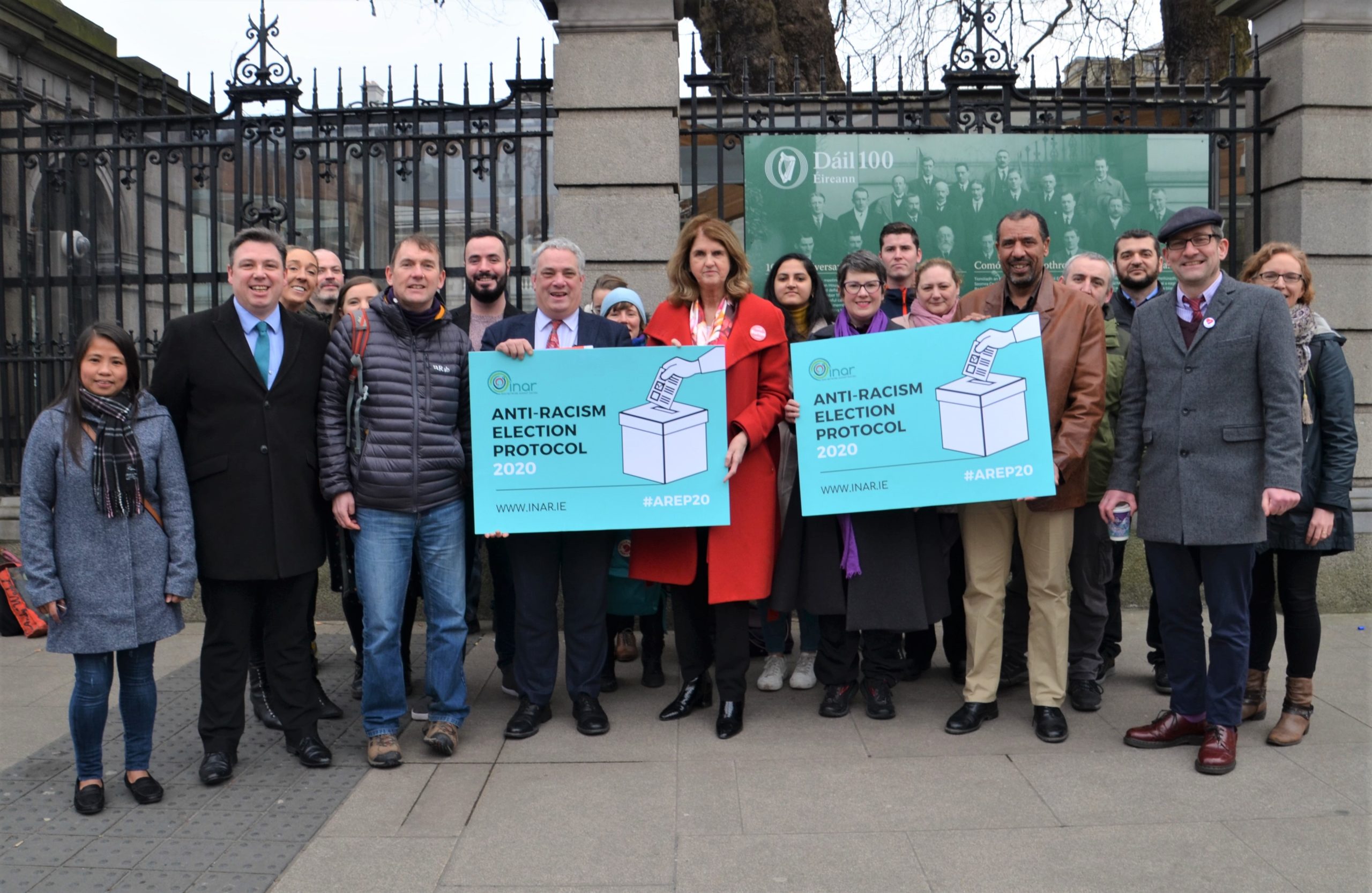 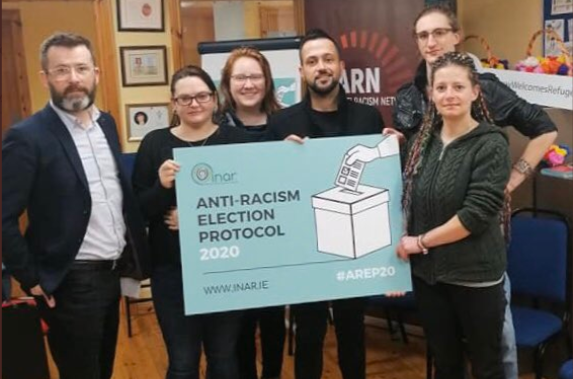 We are encouraging constituents to ask canvassing politicians if they have committed to the Anti-racism Election Protocol 2020.

Did your candidate breach the terms of the AREP20 ?

Get in touch with INAR (via email, Facebook or Twitter) if you believe that a candidate/politician who has committed to the Anti-racism Election Protocol 2020 breached its terms.