REPORT: Afrophobia in Ireland: Racism against people of African descent

Racism against people of African descent 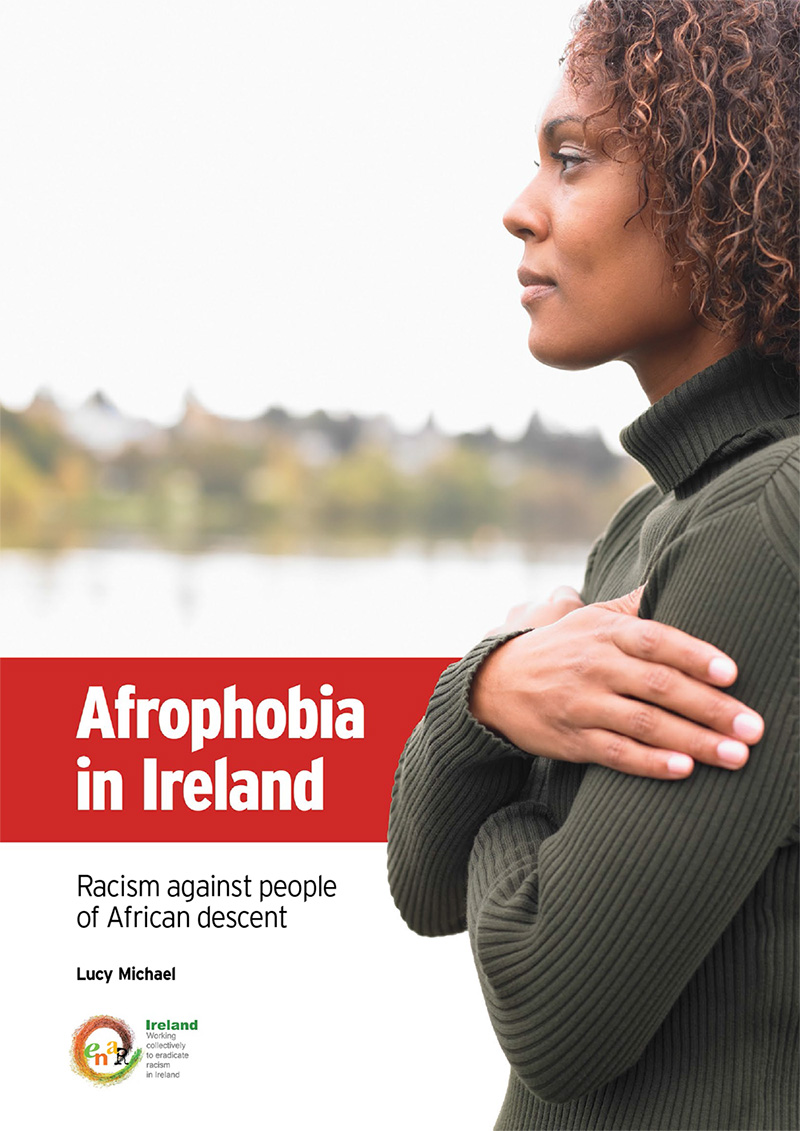 Dr Lucy Michael’s timely and essential “Afrophobia in Ireland” is the first of INAR’s “thematic” reports using data from the iReport.ie racist incident reporting system, launched in 2013. It complements the quarterly and half-yearly “Reports of Racism in Ireland”, delving in depth into Irish manifestations of the increasingly recognised global phenomenon of Afrophobia. Where our robust “Reports of Racism in Ireland” continue to contribute significantly to a growing acknowledgement of racism, “Afrophobia in Ireland” starkly illuminates the granular detail of one key dimension of Irish racism. In holding a mirror up for all to peer into the Irish face of Afrophobia, the report complements the work of our partners in the European Network Against Racism, whose reports on Afrophobia collectively provide a Europe-wide view. Afrophobia, is a relatively new term used to denote key specific forms of global racism which people of African descent have experienced throughout the history of racism. In Ireland, as this report demonstrates, racism against people of African descent is not a new phenomenon at all, but one which has failed to be recognised by the State and wider society, even as it has evolved from colonial times. Afrophobia has contributed to the racialisation of Irish identities, both in Ireland and overseas, resonated with anti-Traveller racism at home, and found fertile ground in specific phenomena and events, for example in what Junior Minister for New Communities Aodhán Ó Ríordáinhas called “our love affair with incarcerating people” (from the Industrial Schools and Magdalene Laundries to Direct Provision), or in the political expediency manifest in the 2004 Citizenship Referendum. The timing of “Afrophobia in Ireland” is significant. Its publication coincides with the beginning of the United Nation’s International Decade of People of African Descent, providing an opportunity for us to examine Afrophobia in Ireland in the context of the wider life experiences of people of African descent, in Ireland and globally. In just one example of this report’s relevance to this discussion, Dr Michael’s findings in relation to the experiences of the self-identified “Mixed-Race Irish” offer a compelling challenge to the view that the UN Decade is somehow less relevant to an Irish context.  The report also provides a welcome contribution to the discussion of Hate Crime and Hate Crime Legislation, at a point when this discussion appears, lamentably, to have fallen down the Government’s agenda. July this year saw the launch of “Legislating for Hate Crime in Ireland” by University of Limerick’s Hate and Hostility Research Group and a consortium of NGOs led by the Irish Council for Civil Liberties. Just days after the launch, Rebecca, an African-born working mother living in West Dublin, reported through iReport.ie,detailing a years-long pattern of repeated racist harassment, threats and criminal damage, culminating in her young family fleeing their home and neighbourhood. Reviewing the media coverage of the Rebecca case, it becomes clear that the racism experienced by Rebecca and her children embodies in many ways the phenomenon of Irish Afrophobia now described in this report;the focus on women and their children as particular targets of scorn, the combination of old and new forms of racism and racist abuse, the inadequacy of the responses of the criminal justice system, local agencies and wider society. It is as though we are more inclined to criminalise People of African Descent, than the Afrophobia they experience. Using the data from the iReport.ie questionnaire, this report makes informed, practical recommendations for improving Garda responses to racism. Implementing these recommendations would mark a significant step in improving the experiences of people like Rebecca. But as the Rebecca case and this report makes clear, what is needed is a National Action Plan Against Racism, encompassing Hate Crime Legislation, flanked by root-and-branch reform of all areas of state policy, its agencies and their practices. The time to act on this report and the wider snowballing evidence of racism is now. Let us both face up to the racism present in our society, and to the challenges this presents us. The kind of society we are building depends on it. Click here to see all photos from the launch. 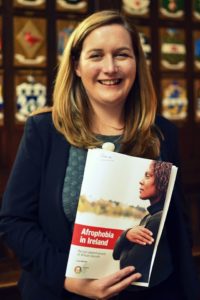